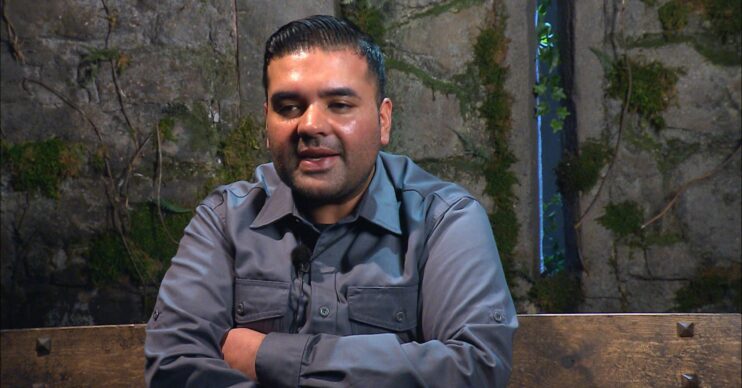 I’m A Celebrity: Naughty Boy has been LYING about his age

He's definitely more a man than a boy!

I’m A Celebrity Marmite Naughty Boy is not the age he’s been claiming to be – according to his own friends.

The rapper said he was 36 and his age featured in the ITV press release on the star as such.

It stated: “Famed for his love of cooking, the 36-year-old hopes to rustle up some meals in the castle by taking on the role of chef.”

Read more: All I’m A Celebrity contestants REMOVED from castle

But according to public records, Naughty Boy – real name Shahid Khan – is actually 40.

And one of his old school pals has backed up the information, telling The Sun: “Naughty by name and naughty by nature – he’s having a laugh by making out he’s younger.”

Well, he’d hardly be the first celebrity to give himself a showbiz age.

This is an embarrassing revelation for the star who has already endured a pretty tough time on the show.

Read more: Full details on why I’m A Celebrity has been cancelled this weekend

He’s threatened to leave on multiple occasions, after facing some pretty awful challenges in trials.

This is also the longest time he has been away from his mum, for whom he is the main carer as she suffers with vascular dementia.

And his family have called for trolls to give the guy a break.

They wrote on social media: “NB is a proud mummy’s boy because he has been caring for her for the last 5 years.

“She suffers from vascular dementia and many other illnesses which has resulted in her needing 24 hour care.

“Of course, trolls have no conscience or compassion to try and understand his emotions and mental state. But to those who are being supportive, thank you so incredibly much.

“Remember to #BeKind and don’t be toxic.”

Leave us a comment on our Facebook page @EntertainmentDailyFix and let us know what you think of this latest I’m A Celebrity story.