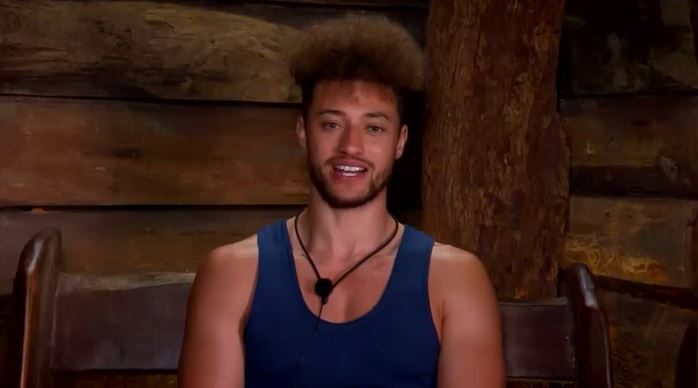 I’m A Celebrity: Myles Stephenson reveals he slept with a much older woman

He told Kate Garraway he fancied her!

The pop star woke up with a sore neck after taking a nap, and Kate told him to get into her bed.

“There’s an offer you aren’t going to get every day,” joked Cliff Parisi.

“I can’t turn that one down, definitely not, Kate Garraway in your bed,” said the singer.

Jacqueline Jossa the cheekily asked him what was the oldest he would ‘go’ with a woman.

You are one of my TV crushes, you are beautiful.

“I don’t know, I’ve slept with someone older than Kate Garraway,” he replied. “Then, gesturing to the 52-year-old, he said: “You are the same age as my mum.”

“And you’ve slept with someone older than your mum?” asked Jacqueline.

Nadine later said in the Bush Telegraph: “He’s a dark horse, I am shocked!”

Jacqueline said she wasn’t surprised at all that Myles likes an older lady as “he just likes ladies”.

Flattered Kate said: “That’s good to know because I think when you approach 50 it feels like you are no longer attractive.

“It’s a massive number and it feels like a big thing.”

In the BT Kate said: “I think he might have been being kind; that was his charity work for the year!”

Viewers had a mixed reaction to Myles’ revelation…

Miles: “I’ve slept with someone older than my mum”
Me: #ImACeleb pic.twitter.com/63uj1kizFz

Miles has smelt with someone older than 52!? Gross 🤢🤢 #ImACeleb #ImACelebrity

Miles: I’ve slept with someone older than my mum
Everyone: #imaceleb pic.twitter.com/xLODNYTS2w

Myles slept with someone older than his Mum I- #ImACeleb pic.twitter.com/x4MPiIh3Vu

did myles really just expose himself like that? kate is 52…. #ImACeleb

Miles: I’ve slept with someone older than my mum
Everyone: #imaceleb pic.twitter.com/xLODNYTS2w

‘Get in my bed miles’ Same Kate same😅😭 #ImACeleb