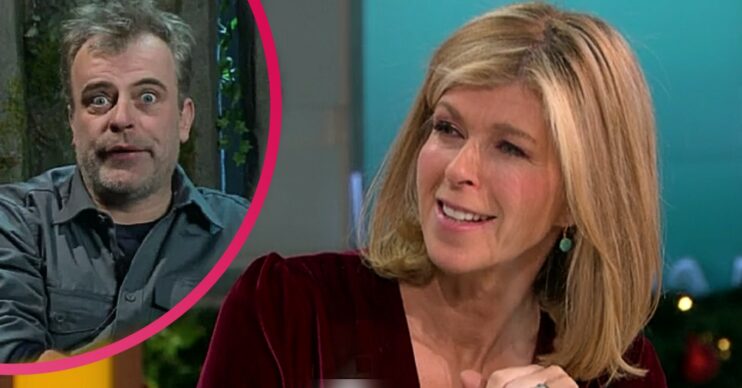 I’m A Celebrity: Kate Garraway confirms there WILL be a Celebrity Cyclone this year

I’m A Celebrity fans are getting a Celebrity Cyclone this year according to Kate Garraway.

The GMB host confirmed that one of the all-time favourite trials WILL be back this year after fears it was axed due to storms.

What is Celebrity Cyclone on I’m A Celebrity?

And the pair discussed whether Celebrity Cyclone would take place this year.

Earlier this month, reports suggested that because of Storm Arwen and the subsequent Storm Barra the trial would not be able to take place.

Which was a shame because the sight of celebrities trying to grab stars from a slippery hill while being pelted with water cannons and wind machines is always a highlight.

However, there seems to be good news on the horizon.

What did Kate and Roman say about Celebrity Cyclone?

Kate, who became Roman’s ‘jungle mum’ when they appeared in the show together in 2019, said: “Although we did get to do the Cyclone didn’t we? But not in a storm.

“I managed to last long enough to do the Cyclone, which everyone wants to do.

“And it is going ahead in the cold and wet, isn’t it.”

Roman replied: “I know, but Kate you were just happy because wanted to see me in spandex, that was the only reason.

“I was very, very excited about that,” Kate replied.

Turning to co-host Adil Ray, she says: “Do you know, in the jungle he got me washing his pants? I became his jungle mum.”

And it’s not just Kate who let slip the news.

Drone footage of the camp revealed that the Celebrity Cyclone course was being tested by staff.

This is in stark contrast to a week ago, when storms threatened the whole thing.

In an interview last week, Ant said: “There’s a slight worry because I think there’s more bad weather coming next week, but I think it is just temperatures dropping, maybe a bit of snow, a bit of frost, I think we can cope with that.”