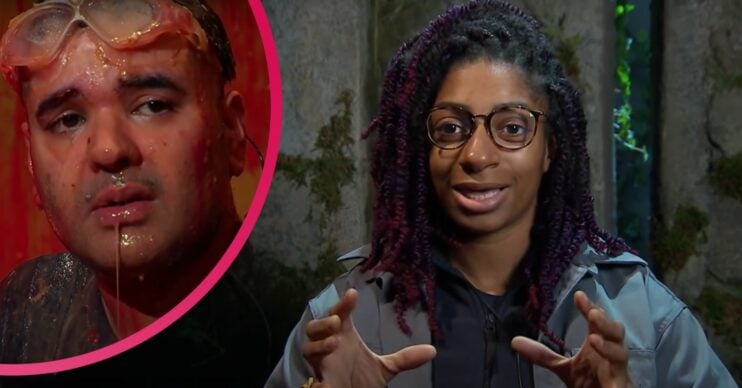 Who do you think should go?

Paralympian Kadeena Cox is the favourite with the bookies to be the second contestant to leave I’m A Celebrity tonight.

According to Betfair, the 30-year-old is rated at 6/9 to be on her way out of Gwrych Castle next following her recent kitchen clashes with Naugthy Boy.

However, while there is a clear gap between Kadeena and the second favourite to go, supporters of the Celebrity MasterChef winner should take heart in how odds are changing.

Who will be second to leave I’m A Celebrity 2021 tonight?

That’s because yesterday (Sunday November 5), Naughty Boy was surprisingly rated as only the SIXTH most likely to leave.

However, today (Monday November 6) the music producer’s odds have shortened. But will it be enough to save Kadeena?

However, Kadeena’s odds of 6/9 seem fairly conclusive, even with changes in the betting with Naughty Boy.

Arlene Phillips was the first contestant to leave this year’s series.

The 78-year-old was favourite with oddsmaker’s yesterday to depart – and it seems the bookies were correct.

Viewers saw the vote off come down to the dance star and DJ Snoochie Shy before Arlene left the castle.

What I’m excited about is one of them is going to win.

She told hosts Ant and Dec: “I know I’m leaving happily and what I’m excited about is one of them is going to win.”

What are the betting odds to win I’m A Celebrity 2021?

However, despite Arlene’s endorsement, the bookies still believe David Ginola will be crowned King of the Castle.

The French hunk has been favourite to win even before the series began – and is priced now at 5/4.

His odds of leaving tonight are 66/1, the longest of all the contestants.

Frankie Bridge (4/1) and Simon Gregson (9/2) are also rated highly as contenders to win.

But while Naughty Boy is considered the sixth favourite to win at 10/1, that has slipped from yesterday when he was regarded as the fourth favourite.