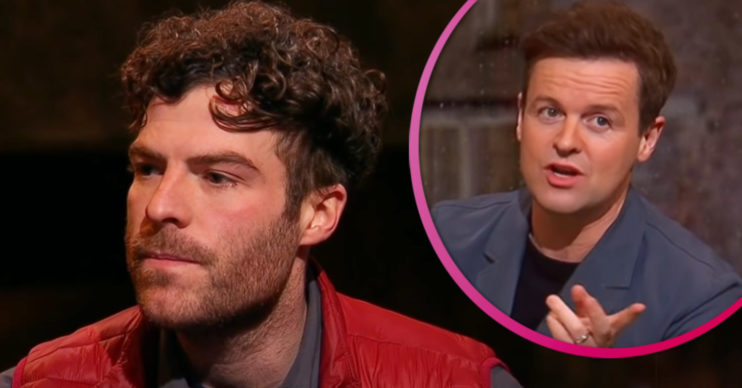 Jordan said he suffered a panic attack over doing a trial

I’m A Celebrity star Jordan North has revealed he suffered a secret meltdown on the show before a Bushtucker trial.

The Radio 1 DJ explained that host Dec Donnelly calmed him down as he was having a panic attack ahead of facing Viper Vault.

Jordan did the trial alongside Shane Richie as they were both put into a coffin and covered in snakes.

What did Jordan North say about I’m A Celebrity meltdown?

Jordan said he had a “complete meltdown” which wasn’t shown on TV.

“I nearly said, ‘I’m just not going to do the trial,’ I nearly walked.”

Jordan added: “I’ve never had a panic attack before. There were tears and I was struggling for breath. Dec said to me, ‘Jordan, breathe.'”

The star admitted he could then “feel the panic leaving” and he did the trial.

Despite his fears, Jordan and Shane won nine stars for the camp.

Later in the series, Jordan faced a string of trials including the eating challenge and Trapped Door, which he bagged a full house of 12 stars.

Jordan came in second place during Friday night’s final as he lost out to the crown by Giovanna Fletcher.

Speaking in his exit interview, Jordan admitted he feels like a different person to when he first entered the castle.

He said: “Stupidly I thought I could get away with avoiding doing any trials and at best, come out midway.”

There were tears and I was struggling for breath. Dec said to me, ‘Jordan, breathe.’

Dec joked: “And then you spewed on a cliff!”

Jordan continued: “Yeah then I spewed on a cliff and I thought I could maybe cope with bugs, I could possibly do the eating ones.

Did you enjoy watching Jordan on the show? Leave us a comment on our Facebook page @EntertainmentDailyFix and let us know.