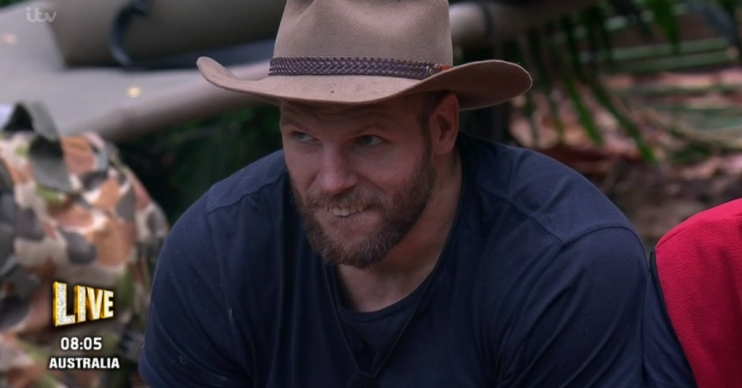 I’m A Celebrity: James Haskell cries as he is eliminated

He's been a controversial camp member

James Haskell has been booted off I’m A Celebrity… Get Me Out Of Here!

The former rugby player was with pal Ian Wright in the bottom two.

As Ian looked downcast and Jac burst into tears, James shed a tear as he prepared to meet Ant and Dec.

Speaking to the show hosts, he said: “You know what, I got quite emotional. Jacqueline started crying, Ian had tears in his eyes, and I thought, ‘There’s no way I’m going to well up here’, and I did. I discovered a deep dark set of emotions.”

He said: “I’ve been playing rugby for the last 18 and a half years, and for once I had a break and I wanted to reset my life, and this was the perfect kind of platform to do it.

“I’ve learned a lot about myself in terms of challenges and hardships, I can actually deal with quite well.

“Starving me, I don’t think was a good experience, but I found also I quite enjoyed helping other people.

“That was my biggest kind of thing that I really enjoyed.”

He would like to see actress Jacqueline Jossa crowned Queen of the Jungle during the final on Sunday (08.12.19).

James has been a controversial figure in the camp, having lost his rag on occasion with several fellow celebrities.

Even his wife Chloe Madeley thought he would be out tonight.

Many viewers were certainly glad he got his marching orders, with many calling for Ian to go next…

Bye James! Everyone can now chill. Ian next #ImACeleb pic.twitter.com/PogAcdE2qI

James’s lack of self awareness is astonishing. I really hope Ian leaves tmrw so the other celebs have a chance to shine without worrying 🙄 #ImACeleb

Right guys and girls you’ve done well. James is out, next up is Ian. Get the camp back to a happy one. @imacelebrity #ImACeleb