Harry Redknapp warned that Ian Wright could blow in the I'm A Celebrity camp soon.

And it seems the reigning Jungle King knows the former football legend well.

He'd already displayed some signs of grumpiness, but he wound himself up further tonight.

News that Jac Jossa and Myles Stephenson had taken their haul from the latest trial to their new temporary home at the jail didn't go down well.

Although he accepted he would have made the same decision, Ian was still miffed.

James Haskell gave Ian a good talking to that helped him to think straight, but viewers weren't impressed by his reaction.

Ian Wright is THE definition of first world problems. 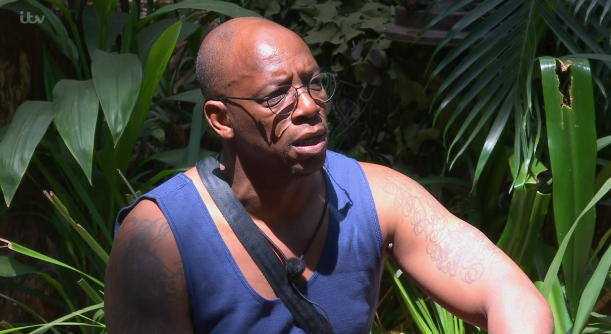 His negativity is generally winding up many fans of the show...

Ian is such a little tit🤣 #ImACeleb

#ImACeleb okay can i just say ian is rlly irritating me

Ian Wright is a dick.

Ian is such a little tit🤣 #ImACeleb

Read more: Viewers want Jacqueline Jossa to win I'm A Celebrity thanks to this secret

One viewer wondered if he thought he was expecting five-star treatment.

Was Ian Wright expecytinh a 5 star holiday or something?? All he does is moan 🙄🙄 #ImACeleb

Another wanted to remind him what he's being reportedly paid for the jungle experience...

Some viewers are calling for him to be booted out...

Anybody votes to save Ian after what we've seen of him is a right utter bellend. Get him out first! #ImACeleb