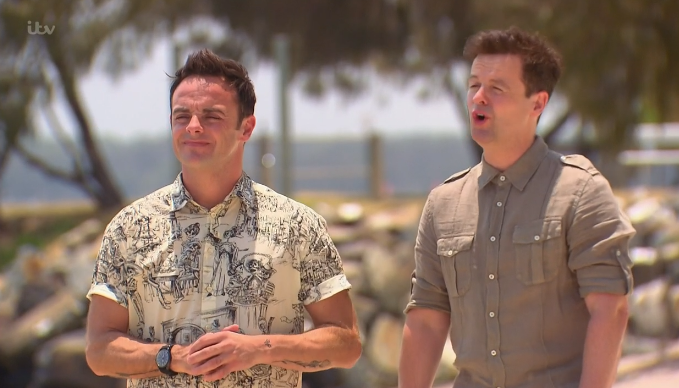 It's been a tough few years for the TV presenter...

Presenter Ant McPartlin unveiled his new tattoos on I’m A Celebrity… Get Me Out Of Here! last night and lots of his fans were left wondering what they meant.

Ant made his return to presenting I’m A Celebrity… on Sunday (November 17) and fans were stunned to see one huge change about him – the new inkings on his arms.

We’re used to seeing Ant with his arms covered in smart suits and jackets.

But the warmer climate in Australia saw him wearing just a short-sleeved shirt, which unveiled new body art on both of his forearms.

Ant has a mental health awareness tattoo on his arm.

Fans were surprised to see the new markings and, by the looks of them, he’s had them done fairly recently.

And, it’s perhaps unsurprising to learn that the TV presenter’s new tatts have a particular significance, bearing in mind what a difficult few years he’s had – including the break-up of his marriage, a drink-drive conviction and overcoming an addiction to painkillers.

According to one tattoo fan, the arrow on his right forearm, and the floral design on the left are all nods to his recent troubles.

Another said: “Ant on I’m A Celeb has a mental health awareness tattoo on his arm.”

Ant on im a celeb has a mental health awareness tattoo on his arm.
I told my sister what it was she was like how’d u know that.
“Lilis got one and I’m getting one”

According to The Sun, a single arrow “stands for power and direction” and can also signal moving forward, as “arrows point the way”.

With regard to the rose flower design on his left forearm, that can “express promise, hope and new beginnings.

“It is contrasted by thorns symbolising defence, loss and thoughtlessness.”

Last year, Ant revealed he’d had the Alcoholics Anonymous symbol tattooed on the inside of his wrist.

His triangle tattoo inside a circle represents the group’s motto “stay sober and help other alcoholics achieve sobriety”.

The star also has an ‘S’ for sober on his right wrist.

Once the pairs had been made, a terrifying challenge awaited six of them as they had to walk the plank high in the sky.