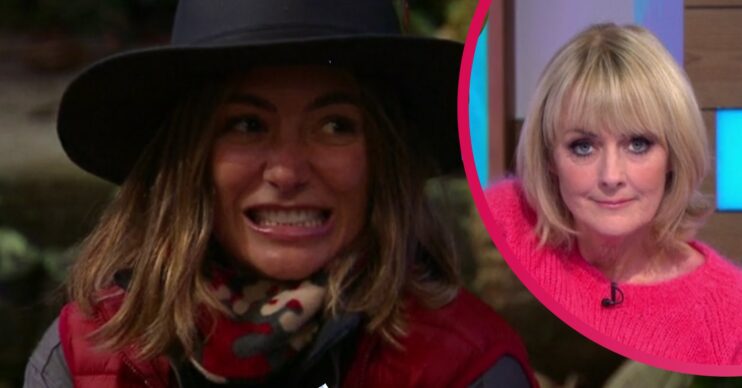 I’m A Celebrity star Frankie Bridge has ‘secret signals’ which she sends her Loose Women co-stars from Gwrych Castle to let them know she’s okay.

The singer’s signals may not have been picked up by viewers, but the Loose Women have definitely noticed them.

What is Frankie Bridge’s secret signal on I’m A Celebrity?

On today’s edition of Loose Women, Kaye Adams brought up the subject of Frankie Bridge’s secret signals to the outside world.

“Who’s paying close attention during I’m A Celeb this week?” she asked. “You might not have spotted this – the secret signal that Frankie said she would make to say that she was thinking of us loose ladies.”

The Loose Women showed a clip of Frankie on I’m A Celebrity. In the clip, the 32-year-old singer wiggles her shoulders as Ant tells her she doesn’t have to do the Bushtucker trial.

“See that little jiggle?” Kaye asked her co-stars. “That is it [the signal].”

Judi Love and Linda Robson both nodded and said they’d seen it.

Where did the secret signal come from?

Kaye then went on to explain where the signal originated from.

“So she was practicing before we went in,” Kaye explained and showed a video Frankie had filmed of herself doing the shoulder jiggle.

“That’s her signal to the loose ladies,” she declared.

The Loose Women then all had a go at doing the shoulder wiggle themselves a few times to some backing music.

How is Frankie Bridge getting on in I’m A Celebrity?

Frankie Bridge has already become a firm fan favourite after just a few days out in the freezing cold of Gwrych Castle. On her first night on the show, the ex-The Saturdays star beat Richard Madeley in her first challenge.

Read more: I’m A Celebrity star Richard Madeley in medical emergency after being rushed to hospital

Beating Richard meant that Frankie’s team got to sleep in the castle’s main camp. Richard’s team, on the other hand, had to go and stay in The Clink for a few days.

Richard redeemed himself yesterday after winning four stars in the Kitchen Nightmares challenge.

Did you spot Frankie’s secret signal? Leave us a comment on our Facebook page @EntertainmentDailyFix and let us know! 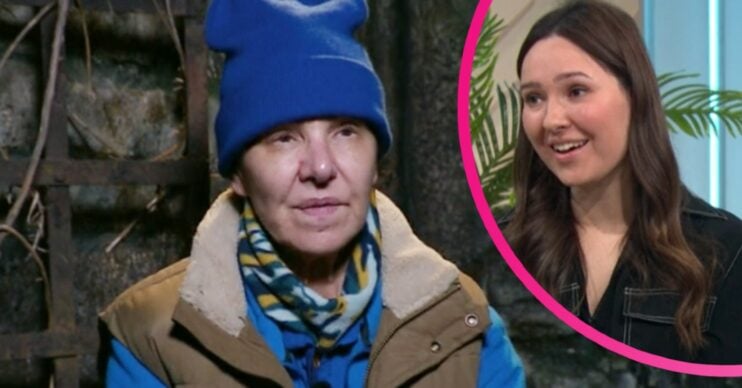 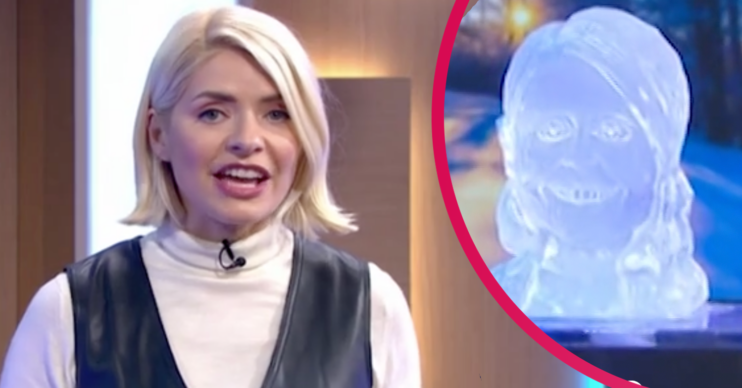