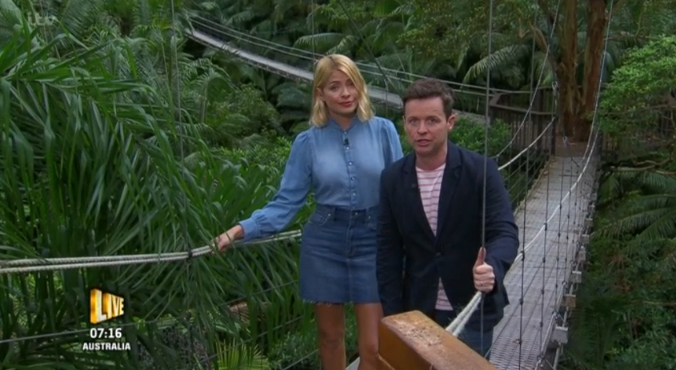 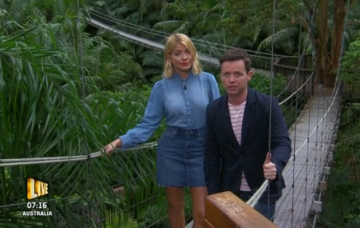 Was it a good look?

After a shaky start, Holly Willoughby has found her feet as co-host of I’m A Celebrity… Get Me Out Of Here! and her style each evening is the talk of the internet.

And fans flocked to Twitter to tease the This Morning host about committing the ultimate fashion faux pas – the double denim look.

Holly’s skirt and blouse were both denim and fans weren’t all impressed.

#ImACeleb #imacelebrity Bewitched called, they want their denim back…..

Not sure about Holloughby’s double denim tonight #ImACeleb

Holly, the other day it was a red t-shirt and red denim skirt, today it’s double denim. Just no. Sack your wardrobe person immediately. #ImACeleb

Who is dressing Holly? Denim on denim? Nooooooo #imaceleb

Like she hasn’t got enough to contend with already, they go and put @hollywills in double denim 🤦‍♀️ #ImACeleb @imacelebrity

But as ever, many loyal Holly fans loved her look and insisted if anyone could pull it off, Holly was the woman to do it.

On Tuesday night’s show Holly also caused a bit of a stir when she seemed to change outfits during the course of Anne Hegerty’s trial.

It has since been revealed Holly’s top had a slogan on it that had to be blurred out in post-production, but as the show is turned around so quickly, not all of the shots were caught before it aired.

The mistake had led fans to insist it was proof the show is faked.