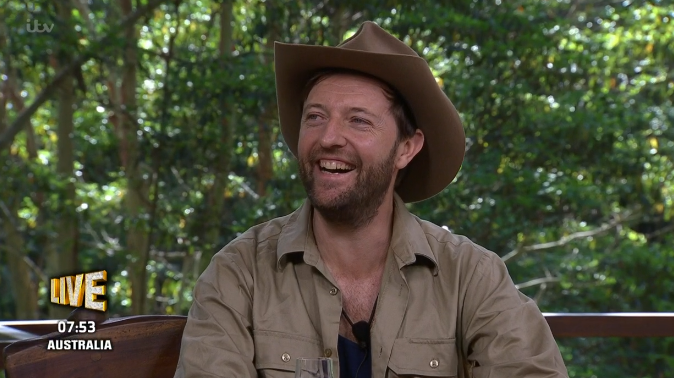 Fans of I’m A Celebrity… Get Me Out Of Here! have been left angry as Andrew Maxwell became the second celebrity voted off the show.

The public have been voting since last night and when the lines closed, it seemed a dead cert that either Ian Wright or James Haskell would be going home.

Both Ian and James have left viewers furious with their behaviour in camp since the show started two weeks ago.

The sportsmen both won immunity from the first vote off, which left fans in uproar as they’d been desperate to send them home.

However, with all campmates up for the vote tonight, it seemed a sure bet that James or Ian would be packing their rucksack and getting out of there.

So it was a shock when the final two were Andrew and Kate Garraway.

Andrew’s name was then called out and he headed over the bridge to talk to Ant and Dec.

But those watching at home weren’t happy with the outcome.

Why is Andrew out of the camp when Ian and James are WORSE PEOPLE?! Because they are “legends” in the sporting world whilst Andrew is “just a comedian” and sporting fans cannot seem to see their true colours. Utter rubbish. #ImACeleb

y’all are actually out there voting for james?? #imaceleb pic.twitter.com/4Wb0M4ng9U

RIGHT CAN WE ALL AGREE TO NOT FOR JAMES OR IAN. OKAY. WE DO NOT WANT THEM THERE #ImACeleb pic.twitter.com/dcGg7WWImS

Am I watch a different show?? Like who was voting for Ian and James??😕😕 Andrew was too good❤️ #ImACeleb

@antanddec: James, it’s not you
Me: Are you freaking kidding me?! Hopefully it’s Ian.@antanddec: Ian, it’s not you.
Me: *screams and kicks the wall in anger* #ImACeleb @imacelebrity

Did people get confused and think they were voting for the one to leave….is that how ian and James got through?? #ImACeleb

Speaking about his arguments with Ian, Andrew said there were no hard feelings: “There was huge amount of affection, what’s not to love about the man?”

He also picked James as his winner – causing another outpouring of annoyance on social media.

Earlier in the episode, fans were getting fed up with Ian Wright.

The Match of the Day pundit was chosen for tonight’s trial and he immediately kicked off.

And after securing seven stars he punched a wall, insisting he wanted eight.