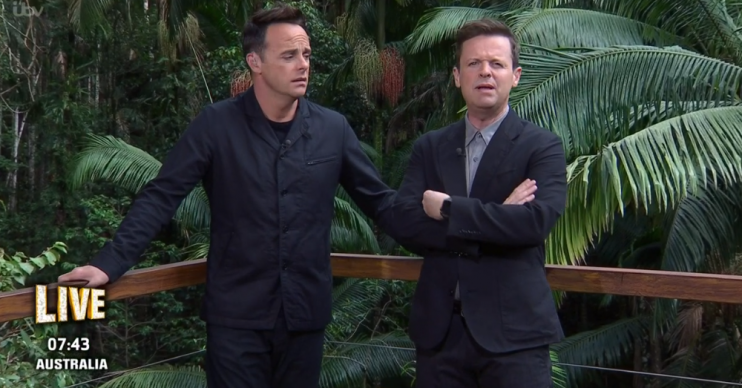 They couldn't resist but poke fun at the actor

Viewers of I’m A Celebrity were left in hysterics over Ant McPartlin and Dec Donnelly‘s joke about Cliff Parisi.

During Saturday’s episode, the campmates were discussing tipping and Cliff said that he gifts his driver with a holiday or large sum of money every year.

Ant asked Dec: “What’s it like being Cliff’s driver?”

Viewers found the joke funny and shared their thoughts on Twitter.

Another wrote: “Dec enjoyed that joke a bit TOO much!”

A third added: “‘He rings in sick most day’ Dec that shade did not go unnoticed.”

@antanddec – Dec enjoyed that joke a bit TOO much! #ImACeleb

“he rings in sick most day” dec that shade did not go unnoticed #ImACeleb #imacelebrity #imaceleb2019 pic.twitter.com/p2APjOaRrt

Meanwhile, during the episode, there was a lot of drama in camp after James Haskell lashed out at Kate Garraway over the Dingo Dollar challenge question.