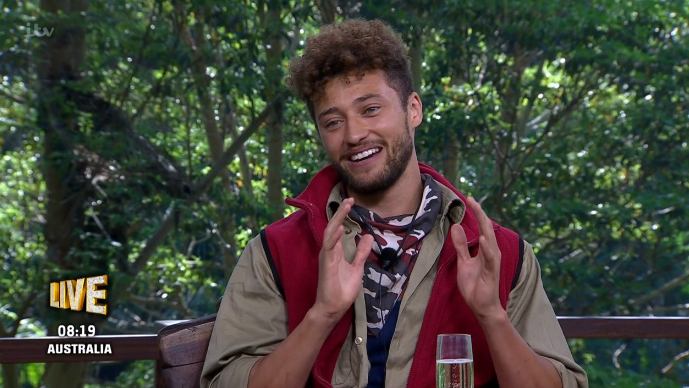 Did the other celebs overreact?

Fans of I’m A Celebrity…Get Me Out Of Here! have been left baffled over the campmates’ reaction to Rak-Su singer Myles Stephenson’s exit from the jungle.

Last night (Thursday December 5) saw Myles become the next celebrity to be voted off by the public.

And tonight (Friday December 6) the show screened how his fellow campmates reacted to his departure.

They were pretty upset about it – and it’s fair to say Nadine Coyle in particular was distraught.

Fans at home were baffled as to why Nadine was so upset – especially as it’s only a few more days until the final, so she’ll be seeing Myles again really soon.