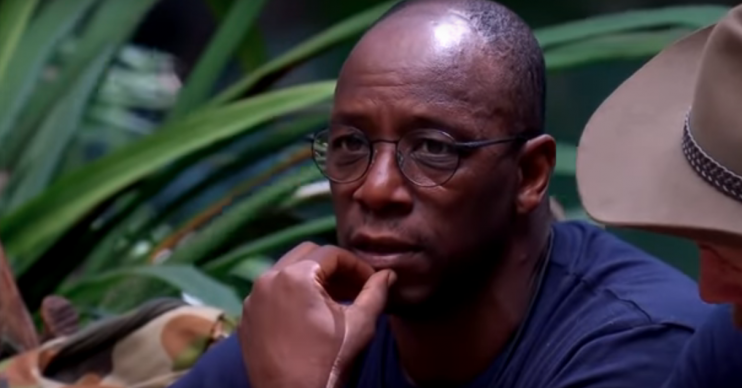 Some viewers want them gone

Football legend Ian and rugby player James both managed to dodge elimination after gaining themselves immunity.

The sports stars both managed to neck vile drinks in record time, before successfully emptying baths of animal blood and guts into big perspex jars.

This meant, along with Myles Stephenson, they were immune from the public vote following the final ‘reckonings’ trials – and some fans weren’t happy.

James had already got viewers’ backs up while he was Camp Leader due to his “arrogance”, while Ian has found himself being accused of ‘bullying’ comedian Andrew Maxwell.

The pair also came under fire this week for suggesting that Santa “isn’t real”.

Another tweeted: “FFS the 2 people who everyone wants to vote out win immunity….sods law. #Ian #James #ImACeleb.”

A third person was so annoyed they went as far to claim the vote – and the immunity from it – was ‘rigged’.

They tweeted: “I am fuming by this result – cocking up the app vote and fixing it so that Ian Wright and James Haskell were immune – #obviousfix.

Radio 1 DJ Adele Roberts ended up being the first celebrity to be voted out of the jungle, after going up against Kate Garraway, Jacqueline Jossa, Roman Kemp, Cliff Parisi, Nadine Coyle, Caitlyn Jenner, Andy Whyment and Andrew Maxwell.

Not everyone was miffed to see Ian and James saved from elimination, though.

One viewer tweeted: “I’m glad @jameshaskell and @IanWright0 are safe and I know @romankemp isn’t going anywhere tonight either.”