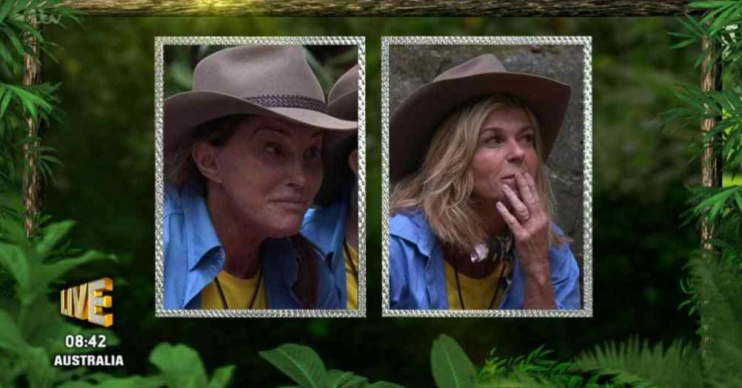 Some have called it predictable

Caitlyn Jenner and Kate Garraway have been voted to do the first bushtucker trial in this year’s I’m A Celebrity…Get Me Out Of Here!

Tonight (Sunday November 17) saw American reality star Caitlyn and GMTV presenter Kate both selected to compete in the trial, Bugged Off, which will see them locked in a box full of nasties.

But viewers at home have been left divided over the choice, with some slamming it as ‘predictable’.

Others, however, can’t wait to see the women compete and think it’s the perfect pairing!

One fan said: “Surprise, surprise. Of course the British Public have voted for Caitlyn to do the trial.”

No surprise there, Kate and Caitlyn for the first trial #imaceleb

Others didn’t care that it was predictable, they’re just thrilled the public picked them!

And presenter Ant McPartlin agreed. During an appearance on sister show Extra Camp after the main show aired, Ant thanked the viewers for voting for the women.

Co-host Dec added they had a ‘doer and a screamer’ which is the perfect combo!

The public pulling through from the get go, Kate & Caitlyn on the 1st trial🙌 #ImACeleb #imaceleb2019

kate and caitlyn are doing the first trial of the series. CAN’T WAIT #ImACeleb #ImACelebrity

Kate & Caitlyn in the first bushtucker trial, should be good🙌.

Was kinda hoping that Ian would do the bushtucker trial, but oh well. #ImACeleb

In fact, Caitlyn is proving a hit with fans overall.

Many are already calling the former Olympian their winner.

Say hello to the Queen of the jungle 2019! Will put a bet on it now Caitlyn Jenner will be this years winner! #imaceleb #CaitlynJenner 🕷🦐🐛🐍🐙🐊 pic.twitter.com/5yuSFdVyEL

Caitlyn just sat in the back of the jeep..

Is there a commotion here?

Has to be my winner already. Im screaming. #ImAceleb

Caitlyn is my winner already. Such an amazing and down to earth women! 🤍#ImACeleb

As well as the celebrity contestants getting people talking, presenters Ant and Dec caused a stir too.

While viewers were thrilled to have Ant back to hosting duties after his year off following his arrest for drink driving and stint in rehab, others noticed something different about him.

Fans were surprised to see the new markings, and by the looks of them he’s had them done fairly recently.

Meanwhile, Dec seemed to be sporting a red mark on his arm that also left fans intrigued.

Once the pairs had been decided, a terrifying challenge awaited six of them as they had to walk the plank high in the sky.

Roman and Myles completed it the fastest and were declared a ‘power pair’ meaning they got to stay in the nicer camp.

Meanwhile, after Nadine Coyle and Caitlyn jumped out of a plane to collect a key, Nadine and Adele ended up winning their challenge to become the second power pair.

The others will be in a basic camp and on basic rations for the foreseeable future.