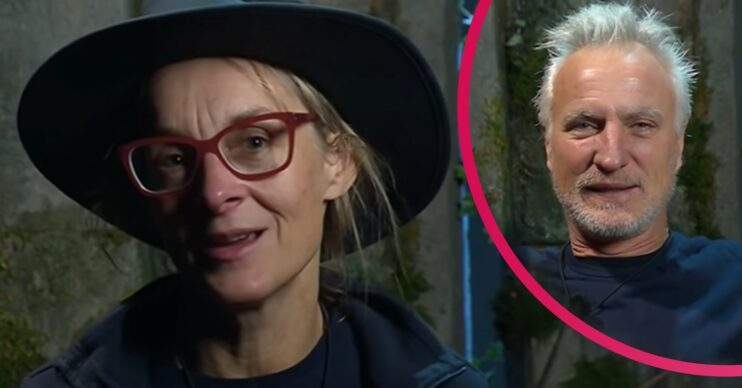 Louise said it "came out of the blue"

However, during Friday night’s show (December 10), David and Louise clashed as he told her to not be “too bossy” as camp leader.

What happened between David Ginola and Louise Minchin on I’m A Celebrity?

Louise told the campmates: “Come on everybody, we’ve got beans to eat. Everybody can all muck in! Team, muck in!”

Read more: I’m A Celebrity fans think David has showed his ‘true colours’ with ‘uncalled for’ behaviour towards Louise

However, David said: “Don’t go too bossy Louise. Don’t take your leadership too seriously. No, no, honestly. It’s fine… but take it down.”

Now out of the castle, Louise has opened up about the incident and said she cried afterwards.

She told The Sun: “That row was one of the things that upset me on my last day.

“I’m a people pleaser, and it just kind of came out of the blue. I was having a bad day and then that happened and . . . I cried afterwards.”

She added: “Everyone has tough days in camp, and that was a tough day. Other things had already upset me. But that was the trigger that left me in tears. I was often a shoulder to cry on in the camp, but sometimes the shoulder needs a cry too.”

Louise went on to say that she found it hard watching David talk about their clash in The Telegraph.

She admitted that she wished she had “been able to Google how to manage David Ginola” because there must be “loads of really well-paid managers who’ve had to do just that”.

Louise left the castle live on Thursday night, but her last day in camp was shown during Friday’s episode.

Meanwhile, David missed out on a spot in the finale as he left last night.

The I’m A Celebrity final airs on ITV, tonight, from 9pm.