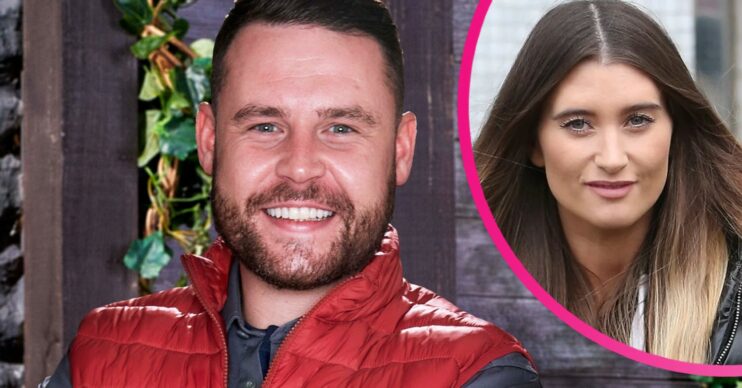 Danny has plenty of support at home

The 30-year-old actor – who is best known for playing Aaron Dingle – made his debut on the ITV programme on Sunday (November 21).

And his soap co-stars were on hand to show their support.

The Emmerdale stars have worked alongside the actor for years on the soap.

Taking to Instagram, Charley explained: “So we’re having a little jungle party for Danny tonight, which we’re very excited about.

He’s scared of absolutely everything

“He’s very kind, very funny, very dry and he’s scared of absolutely everything. We’re going to vote him for every single trial.”

She then posted a picture of Lucy – who took part in I’m A Celebrity in 2013 – wearing her jungle gear.

Later on, the group cheered as Danny was voted to do the upcoming trial.

She said: “Slightly hungover from the jungle party.

“I didn’t have that much to drink, but red wine gives me a hangover.”

Read more: I’m A Celebrity: Danny Miller will get picked for every trial, viewers predict

Speaking about tonight’s trial, Charley added: “Do you think he’s going to be able to do it?

“I’m not sure because he’s such a gipper and everything makes him sick.”

Danny is set to go up against Snoochie Shy during tonight’s trial.

Steph was joined by their baby son Albert as she spoke to host Lorraine Kelly.

Talking about the upcoming trial, she revealed: “This is the trial he was dreading the most. He has a very very very bad gag reflex.

“He gagged over Albert’s nappy when we were in isolation.”

However, Steph insists that Danny also has a softer side.

She added: “He wears his heart on his sleeve and he’s not scared to show his emotions. He will cry at the letter from home.”