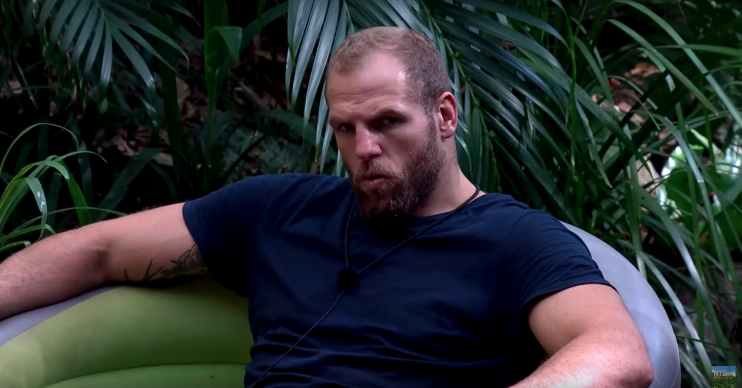 TV personality Chloe Madeley has predicted her hubby James Haskell will be the next to leave the I’m A Celebrity jungle camp.

Former rugby player ‘The Beast’ has proved a divisive figure on the ITV show, alternating between taking a leadership role and becoming irritable through ‘hangriness’.

And even though he has outlasted celebrity campmates Adele Roberts, Andrew Maxwell and Cliff Parisi despite annoying some viewers who have branded him a ‘bully’, Chloe admitted Jim’s time may be up.

Speaking on the Capital Breakfast show this morning, Chloe did not hesitate when asked which famous face would be next to go.

Chloe also tipped Caitlyn Jenner to be crowned Queen of the Jungle – but was ribbed for not selecting Roman Kemp, on whose radio show (hosted by other presenters while he is on down under) she was appearing.

Clearly my allegiances here are all out of whack!

She laughed: “Guys, I even said that James might be the next to leave, I mean clearly my allegiances here are all out of whack!”

Yesterday Chloe defended her man against the ‘bully’ claims, insisting it was too “intense” to label him so.

Read more: I’m A Celebrity: Viewing figures have ‘halved’ since the first episode

“I think he just had a really grumpy day,” she said on Lorraine.

“And when you’re sleep deprived and food deprived and you’re surrounded by people who you aren’t necessarily friends with on the outside world, if you have a moody day you do kind of snap a bit,” Chloe continued.

She added: “The B word is a little bit intense, I personally watched it and all I wanted to do was get in there and give him some food.”