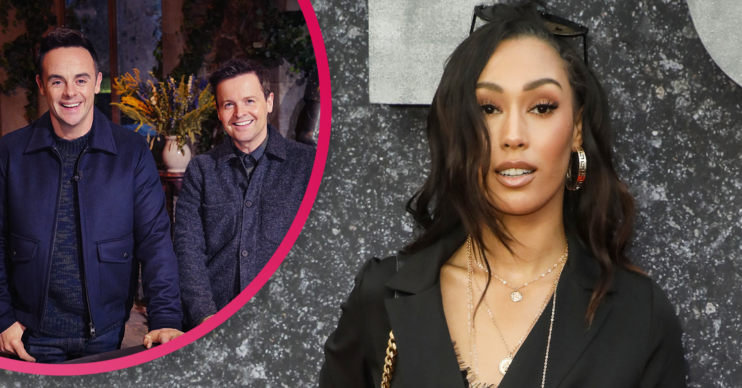 It's hoped she'll 'heat' up the chilly Welsh castle

I’m A Celebrity 2021 is almost upon us and rumours are flying about the cast of stars taking part.

As Ant and Dec go back to Wales, who will be heading into the castle to face their fears?

An ITV spokesperson has told ED! that any names at this point are “just speculation”.

However, here are all the rumoured contestants lined up for 2021.

Earlier today (November 5), Radio 1 XTRA host Snoochie Shy, 29, was the latest name said to have confirmed her spot in the I’m a Celebrity castle.

According to The Sun, it’s hoped Londoner Snoochie – real name Cheyenne Davide – will bring some “edgy glamour” to the show.

A TV insider said: “Snoochie will bring some edgy glamour into Gwrych Castle, and is guaranteed to heat things up in the chilly ruin when the show kicks off next month.

“She’s a great draw for younger viewers who will be familiar with her from her social media pages as well as a DJ.

“Up to now many of the names who’ve signed up are in the older age bracket.”

Hot on the heels of his surprise wedding, Jamie Redknapp’s ex Louise could be heading for the castle.

It’s been reported that fans of the show have placed a “flurry of bets” on the singer following Jamie’s nuptials.

Louise has had her odds slashed from 28/1 to 6/4 as the stars of this year’s show prepare to start their two-weeks of pre-show isolation.

BestofBets.com revealed the news and a spokesperson said: “Louise has always been high on I’m a Celebrity’s wanted list and the odds are tumbling.

“She’s touched on the subject of joining the line-up a couple of years ago but nothing came out of it.

“However, perhaps now, as her ex Jamie Redknapp is making all the headlines following his marriage to Swedish model Frida, a stint on I’m a Celebrity would be the perfect opportunity for Louise to create her own.”

After news that she’s leaving EastEnders, could Maisie Smith be heading into the I’m A Celebrity castle?

Well, after her mum shared a cryptic video to social media, fans are convinced that’s where we’ll see her next.

Maisie was seen wheeling a suitcase bearing her initials in the clip, which her mum captioned: “And off she goes to her next venture!!”

Fans were quick to comment she was off to Wales to quarantine ahead of the new series.

“DEFO I’M A CELEB no hair extensions.. No nails.. And 2 weeks isolation before it starts,” one declared.

From MAFSA to the Welsh castle?

She recently moved to the UK and has revealed she’s “isolating” before she heads off to work on her “bucket list”.

So could that include the I’m a Celebrity castle?

Well, some new work contracts are in the offing, she said.

“There are some TV contracts in the works, in talks at the moment,” she said on social media.

“You just don’t know where you’ll see me but I will be popping up somewhere.”

Another star rumoured to be doing I’m A Celebrity this year is former Love Island star Maura Higgins.

According to bookmakers Ladbrokes, Maura has odds at 7/2 to appear in the Welsh castle.

It comes after the reports that she’s split from her boyfriend, Strictly Come Dancing pro dancer Giovanni Pernice.

It’s claimed that Giovanni ended things two weeks ago because “their lifestyles just don’t fit with settling down at the moment”.

Loose Women star Frankie is reportedly set to follow in husband Wayne’s footsteps by taking part in the show.

However, hers will definitely be a chillier experience as Wayne took part in sunny Australia, while this year is being filed in deepest darkest Wales.

A source told The Sun: “She is determined to give the challenge her all.”

The source added: “Wayne really enjoyed his time in the Australian jungle, and Frankie is looking forward to giving the show a go too. She is pretty excited.”

Soap icon Simon Gregson, who plays Coronation Street’s Steve McDonald, is another name in the 2021 frame.

“Bosses know Corrie fans will get right behind him,” a source said.

And they also think he’ll provide some “comedy moments” with another soap legend reported to be taking part.

Is Adam Woodyatt doing I’m A Celebrity this year?

EastEnders star Adam Woodyatt is the latest name connected with the show.

He is said to have agreed to take part in the next series of the ITV reality show after bosses offered him a bumper pay deal.

Adam has played Ian Beale since the very first episode of the BBC One soap in 1985 but is currently on a break from Albert Square as he tours in the theatre production of Peter James’ Looking Good Dead.

A source told The Sun newspaper: “Adam was a big target for the casting team – he is a soap legend and is certain to be a huge hit with fans.”

Could his EastEnders’ mate Jake Wood be joining him in the jungle? He’s another name on the list of possibles!

Good Morning Britain presenter Richard Madeley was named by The Sun as a contestant this year.

He’s said to have been awarded a £200k pay out to get him in the castle, but will viewers like him?

Richard’s representative has yet to comment on whether or not he’s going in, but fans have certainly had their say with some saying they won’t watch if he is!

Another added: “Never thought I would contemplate not watching @ImACelebrity but this year if Richard Madeley is in then I could be out. Not a fan at all.”

However, others were excited by the news: “Richard Madeley in #ImACeleb will be TV gold!” one wrote on Twitter.

Having recently left BBC Breakfast, Louise is said to be top of producers lists for a stint in the castle.

According to The Sun: “There’s a long tradition of reality TV shows targeting news presenters and I’m A Celebrity is no different.”

They lured BBC’s Victoria Derbyshire last year, could Louise follow in her footsteps this year?

Great British Bake Off winner Nadiya is also a favourite at the bookies.

However, she has previously turned down the show.

She told The Guardian that she was asked to do 2020’s show, but said no.

Although she did admit a bit of her “regrets” not saying yes – could she be persuaded this year?

Former The One Show host, Matt Baker was one of the first names linked with the new series.

Bookies Betfair had him at 3/1 odds to go into the castle.

But will he be taking part?

The Mirror has reported that 78-year-old Arlene has signed up for the show.

The former Strictly judge would be the oldest contestant ever to take part and also the first Dame on the show.

A source told the publication: “Arlene is strong and tough and her energy is boundless.”

Fashion-expert-turned-chef Gok could be taking part in this year’s show.

He told The Sun: “I have been asked to do both [I’m A Celebrity and Strictly] and, quite often, I’ll see whether I would do it or not.

“Believe it or not, I just don’t have the confidence to do it. I know that I would be terrified before I went onto the dance floor and I just don’t think I’ve got it in me.”

But could the castle be different?

Who would you like to see in the jungle? Leave us a comment on our Facebook page @EntertainmentDailyFix and let us know what you think of this story.