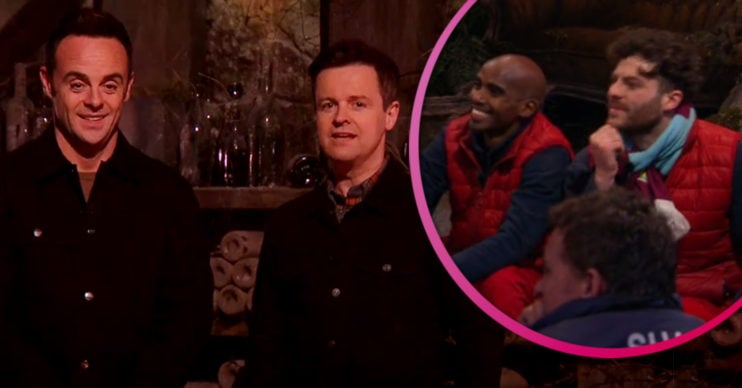 All 12 celebrities will compete in the trial

I’m A Celebrity campmates will go head-to-head in a live Bushtucker trial tonight.

The 12 celebrities will face The Royal Tournament on Friday night’s show and it’s a battle of the sexes.

The campmates will be split into The Lords and The Ladies with six celebrities on each team.

What will happen in the I’m A Celebrity live trial?

The Royal Tournament will be spooky and medieval themed.

There will be four head-to-head games in which the stars will try and collect as many gold coins as they can.

In addition, after each game, they must deposit them into their team’s chest.

This will make their tally increase.

However, the amount of coins will go up in each round.

The challenges will include bobbing in offal and enduring coffins full of bugs while unthreading coins.

Other games will be being stuck in stocks whilst finding coins and being confined to a chair whilst trying to release coins.

The two teams will battle until the very end.

The winning team will be rewarded with a lavish banquet.

However, the losing team will go without and also face Saturday night’s trial.

Which team will win? The Lords or The Ladies?

What does Mo Farah have to do?

In the footage, Mo screams as he puts his hands in holes containing critters.

He has to try and find 12 stars in a number of holes.

Are you excited for the live trial? Leave us a comment on our Facebook page @EntertainmentDailyFix and let us know.