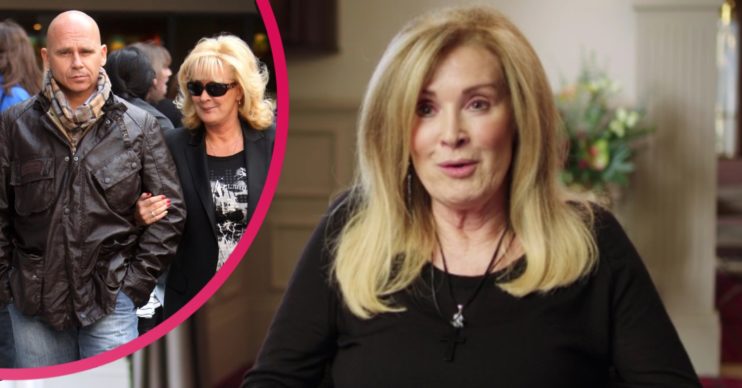 The Corrie star was afraid Jon's mum may have been upset

I’m A Celebrity star Beverley Callard left viewers in hysterics as she revealed her mother-in-law is “proud” of her son’s “megashag” nickname.

The former Coronation Street star, 63, stunned her fellow campmates when she revealed her husband Jon’s saucy nickname on the ITV reality series.

But while Beverley was mortified that her raunchy comment had been aired to the nation, Jon’s 88-year-old mother didn’t seem to mind.

I’m A Celebrity: What did Beverley Callard say?

During last night’s A Castle Story, Beverley told viewers she feared Jon’s mum would never speak to her again.

Bev explained: “I really thought they would edit that out.

Read more: Giovanna Fletcher: I’m A Celebrity 2020 winner hits back at claims she broke ‘the rules’

Soon after being evicted from the castle, Beverley admitted she “wanted to die” after her crude comment featured on the show.

“I can’t believe they aired that,” she said on Lorraine.

“I just thought they were quite bad words so they’ll edit that, when Ant and Dec played the clip for me last night, I wanted to die.”

Meanwhile, during her eviction, Beverley looked embarrassed after watching the clip of her revealing Jon’s nickname.

Ant said: “You had your head in your hands when you saw yourself talking about Jon the Megashag there.”

Smiling, Beverley replied: “My mum-in-law is going to kill me!”

Dec joked: “I think Jon will be having words with you as well.”

Read more: Future of I’m A Celebrity castle in jeopardy as its owners beg for help

What else has Beverley been up to?

Speaking to The Sun on Sunday, she said: “Will I be going back to film a proper Corrie exit?

“I’m not sure, it depends on the timing. I have lots else in the pipeline and I’m really looking forward to it.”