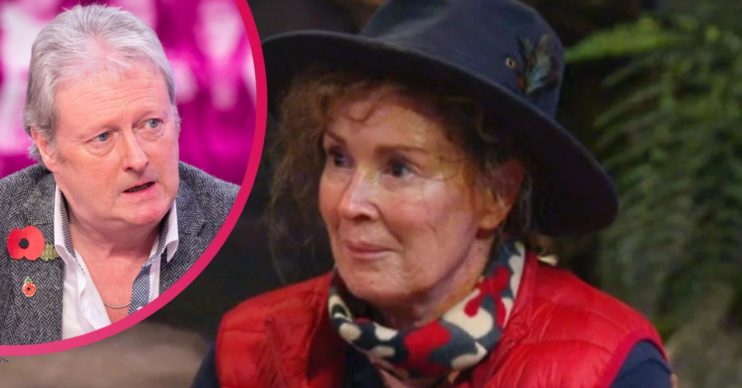 I’m A Celebrity: Beverley Callard ‘might not be vegan,’ hints former Corrie co-star

The actress apparently went vegan back in March

The soap actress, who apparently went vegan in March, has left viewers baffled after reportedly enjoying a selection of non-vegan food on the ITV reality series.

In fact, Bev’s actions have even left some fans convinced she could be lying to avoid the show’s disgusting eating trials.

According to her former Corrie co-star, Beverley’s vegan diet could just be a “tactic”.

Speaking to The Mirror, Charlie said: “Well, maybe she is or isn’t a vegan. I couldn’t possibly comment.

“If it was a tactic, it meant you wouldn’t eat sheep’s [bleep].

“So look I’m sure she is vegan bless her, I wouldn’t know but it’s not a bad ploy if animal penis is on the menu.”

He went on: “If you wind Bev up and you are in the wrong she will let you have it in the neck.”

Earlier this week, Beverley left fans confused after “eating bread and butter” on the ITV show.

After tucking into the treat, the actress even exclaimed: “That is the best bread I’ve ever tasted.”

It came days after Beverley was given meat-free dishes during her vile eating trial with Vernon Kay and Jordan North.

Fans weren’t happy that Beverley had fermented plums and fermented tofu, while her co-stars tried to endure sheep’s brains, goat’s eyes and a cow’s tongue.

The actress, 63, also faced other disgusting foods, including vomit fruit.

During the trial, Bev revealed that she had only been a vegan since March.

What did I’m A Celebrity fans say?

I’m A Celebrity viewers have questioned Bev’s vegan diet for the past few days.

Taking to Twitter, one said: “Thought Beverley Callard was vegan? She’s tucking into bread & butter which is not vegan!”

Another added: “Beverley Callard is so not a vegan!! #ImACeleb.”

A third asked: “I want to know what beverley is eating as a vegan on im a celeb???”