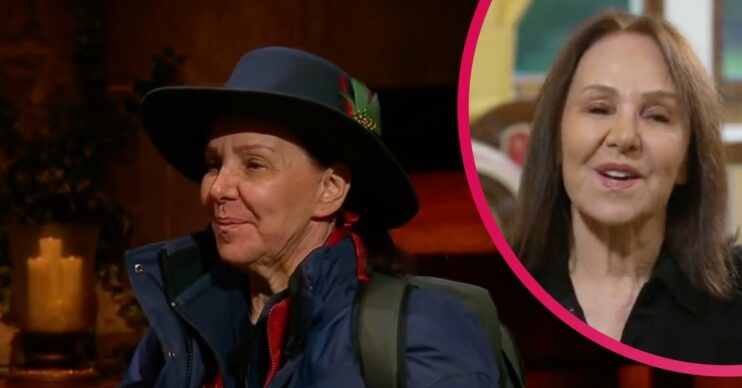 I’m A Celebrity: Arlene Phillips reveals she dyed her hair during isolation

The star spilled some isolation secrets on GMB today

I’m A Celebrity and former Strictly Come Dancing star Arlene Phillips has cleared up speculation about her hair during her time in Gwrych Castle.

The 78-year-old choreographer revealed that she did in fact have it dyed during her time in isolation when Storm Arwen hit.

Arlene Phillips became the first celebrity to be eliminated from the 2021 series of I’m A Celebrity last night. Arlene was in the bottom two alongside BBC Radio 1XTRA DJ Snoochie Shy.

However, it was the former Strictly judge who said goodbye to campmates after two weeks in the Welsh castle last night, not Snoochie.

Read more: I’m A Celebrity: Arlene Phillips becomes the first star to be eliminated from the castle

“I know I’m leaving happily and what I’m excited about is one of them is going to win,” Arlene said in her interview with Ant and Dec afterward.

Following her exit from the show, Arlene appeared on Good Morning Britain today (Monday, December 6) to discuss her time on the show.

What did Arlene Phillips say on GMB?

“It’s really tough in there,” she told Susanna Reid and Martin Lewis. “It’s tougher than you think.”

She said that campmates had to do everything in the castle. They had to do all the cooking, emptying the toilet, making the fire, and cleaning.

“It’s non-stop,” she said. “And in the cold, and no great places to wash or get clean, but it’s an adventure of a lifetime, it really is.”

Martin then asked Arlene what happened to the celebrities during the storm.

If you don’t know, when Storm Arwen hit, the celebrities were evacuated from camp and put back into isolation for a few days. The show went off the air for three days as damage to sets was repaired and ITV bosses waited for the storm to settle down.

Arlene revealed that the only thing the celebrities had to do in isolation was watch Netflix. She also revealed that they had no access to the news or any family contact. The stars were moved into houses and were “totally isolated”.

What did Arlene Phillips reveal about isolation?

The I’m A Celebrity star then said that she got to dye her hair during isolation.

“It was very strange because you’re out of the castle, but you’re still in isolation,” she explained. “For me, it was great because I managed to get delivered my Josh Wood [hair dye], and I could do my roots.”

“That was like the biggest thrill of a lifetime for me to go back without my roots showing,” the star added, laughing. “It was a good thing for me.”

Read more: I’m A Celebrity star Danny Miller told to ‘give it a rest’ as he crushes over David Ginola

On just the third day of the show, Arlene had told campmates that she wanted to leave. At the time, the star was in the Clink with Richard Madeley, Naughty Boy, David Ginola, and Danny Miller.

However, once she’d slept on it, she decided to stay until her elimination last night.