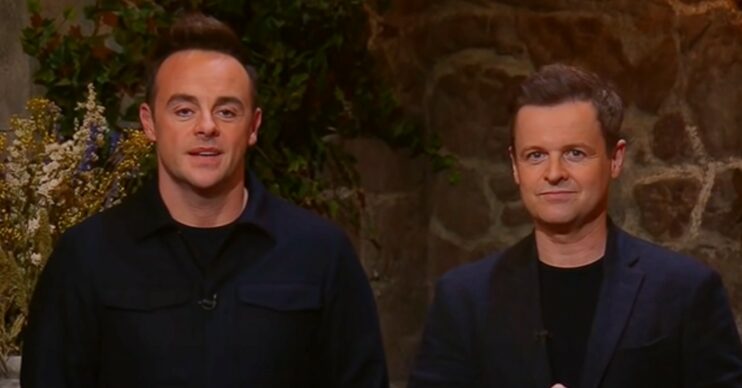 Now this is something we all want to see!

An I’m A Celebrity spin-off show is reportedly in the works with plans to reunite legendary campmates from previous series.

In a bid to bring back the series’ best contestants, a special spin-off show is apparently set to air next year.

Just like RuPaul’s Drag Race All Stars, the programme would showcase I’m A Celeb‘s most “loved and favourite” stars.

But how exactly will it work?

The show will apparently feature viewers’ favourite campmates from seasons past as they get a second bite of the cherry.

It will be hosted by Geordie duo Ant McPartlin and Declan Donnelly.

A source told MailOnline: “The team behind I’m A Celebrity are making a brand new spin off of the hit series featuring the most loved, favourite campmates from previous years.

“The campmates will be doing trials and living in the camp environment, but with fresh and exciting new twists, and they will have a hand in their own destiny through a series of internal votes and challenges.”

The show will reportedly be filmed in South Africa and will run in addition to the traditional programme, which will hopefully be filmed in Australia once more this year.

However, the spin-off will have no public vote and will be on air for two weeks rather than the usual three, according to reports.

Which celebrities could return?

Rumours are rife with who might be going back into the show.

Fans have their favourites and if any of the following make an appearance, we’ll be delighted!

This would be epic!

Love struck the former couple when they bonded in the jungle.

Read more: I’m A Celebrity 2022 ‘to have schedule shake up for sake of viewers’

They married a year later and welcomed children, Junior and Princess.

Now divorced, we can just imagine how awkward things would be if Pete and Katie were back on our screens together.

Katie has already put herself forward for the series as she said on Instagram on Friday: “Yes get me in.”

With her no-nonsense attitude and down-to-earth charm, the TV star would make primetime viewing.

Series 10 star Gillian – who famously fainted on the show – went down a storm with fans.

But viewers loved the drama, especially when Gillian smuggled contraband in her undies.

The self-confessed diva had a bit of rough time on her last stint.

But she’s resilient if nothing else and is worth watching for her classic one-liners.

Lady C brought A LOT of drama to the camp and she’d be the perfect addition to the line-up.

She was known for getting in all sorts of rows with her campmates, so she would definitely bring the drama factor.

Joe and Stacey have both appeared on the ITV show, for different series.

Now a couple, could they decide to take on the show together?! We’d love to see it.

Other stars who may be invited to take part in the show, if the plans go ahead, could be Alison Hammond, Richard Madeley, Kate Garraway, Scarlett Moffatt and Helen Flanagan.

Whoever goes in, it would for sure be very entertaining viewing!

When would the I’m A Celebrity spin-off air?

According to reports, the spin-off show could air in early 2023.

It was recently reported that this year’s series will air three weeks earlier because of the 2022 FIFA World Cup.

ED! has contacted reps for I’m A Celeb for comment on this story.

Who would you like to see on the spin-off show? Let us know on our Facebook page @EntertainmentDailyFix