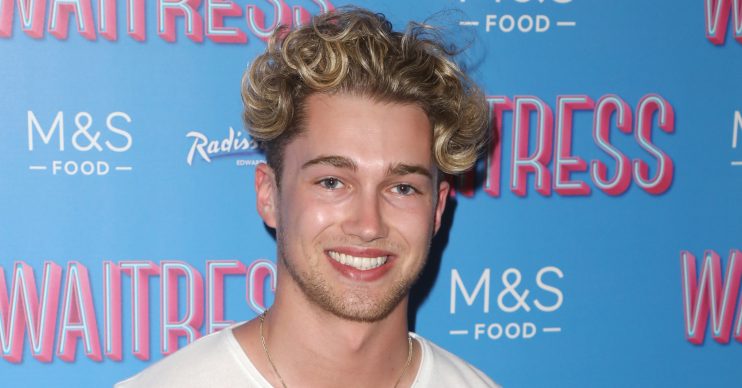 I’m A Celebrity… Get Me Out Of Here! 2020: AJ Pritchard headed for the jungle?

AJ Pritchard is apparently in talks for I’m A Celebrity… Get Me Out Of Here!

The 25-year-old professional dancer recently quit Strictly Come Dancing after spending four years on the show and is now reportedly planning to compete on the next series of I’m A Celeb.

A source told The Sun newspaper’s Bizarre TV column: “AJ has a huge fanbase from Strictly and he’s really grateful for the opportunity it afforded him but he is keen to show people that there is a lot more to him.”

“He is desperate to show his personality and that he is strong in other ways, he’d love to throw himself into Bushtucker Trials.

“Bosses think he would be a great addition to the cast and it always helps to secure a heartthrob as it draws in much-needed younger viewers.”

He’d love to throw himself into Bushtucker Trials

AJ recently revealed he quit the BBC Latin and ballroom dance competition because he wants time to pursue other opportunities.

He said: “I want to have my own brand and there were things I couldn’t do because of the Strictly brand and the time involved.

Here is the Full Routine #DressUpDanceDonate for @nhscharitiestogether .. Tomorrow @6pm we will be on an Insta LIVE with everyone. 😁🙌🏼 see you there @curtispritchard12 (🎥 @jack_h0lmes editing)

“It took up six months of my life, some days I would work 18-hour days because I was dancing and choreographing.

“I didn’t have a life and I wanted to be able to do more.

“And to show people what I’m about – not just, ‘Here’s my celebrity partner this year that I’m going to showcase’.

“I did have to turn down things in the past, which I was upset about sometimes, but I understood I was part of Strictly Come Dancing.

“Now I am going to pursue things I didn’t have the time for. It’s the right move.

“It’s a relief to finally quit. If I didn’t further my development now, while at my peak mental well-being, I would regret it.”