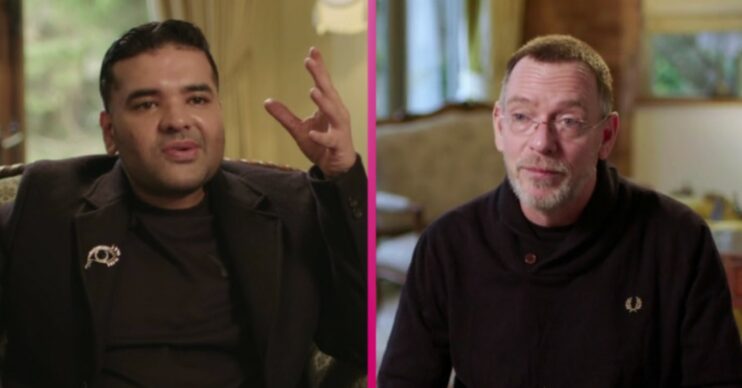 Luckily they don't have to live with each other anymore!

I’m A Celebrity star Adam Woodyatt has branded Naughty Boy a “lazy teenager”, and viewers have predicted that the pair WON’T be staying friends in the future.

Fans who were already missing I’m A Celebrity had their cravings satiated thanks to a special reunion episode. I’m A Celebrity: Legends of the Castle saw this year’s campmates return to screens to talk about their time in Gwrych Castle.

During the show, the celebs spoke about some of the gruesome trials they did, what roughing it up in the Welsh castle was really like, and how Storm Arwen affected their time on the show.

The stars admitted that they didn’t realise how bad the storm actually was until they were removed from camp.

“People may think we had an easy ride but I think it [the storm] made it harder,” Kadeena Cox said.

Elsewhere in the special episode, the stars spoke about the friendships they made on the show. Or, in EastEnders star Adam Woodyatt’s case, some of the friendships he didn’t make.

What did Adam Woodyatt say about Naughty Boy on I’m A Celebrity?

Adam, 53, took the opportunity in last night’s show to lash out at fellow campmate Naughty Boy. The Ian Beale actor revealed what Naughty was really like in camp, and it sounds like the record producer definitely lived up to his stage name.

Adam said that Naughty Boy missed out on a lot of the camp’s activities because he was sleeping all the time.

“Naughty Boy was probably on the outside of that [camp activities] because he’d sleep all day long,” he said.

Following Adam’s scathing comments about the musician, a clip was shown of Adam complaining about Naughty to Snoochie Shy.

In the clip, Adam was frustrated that Naughty Boy has missed out on camp chores because he was sleeping.

“Seriously, Naughty’s going to wake up and there’s going to be nothing for him to do,” he told Snoochie. “He might as well stay in bed all day.”

Naughty Boy became the fourth celebrity to be voted from the castle, while Adam was the sixth.

What did I’m A Celebrity fans say in response to Adam’s comments?

After Adam’s comments on last night’s show, some fans on Twitter came to the likely conclusion that Adam and Naughty won’t stay friends in the future.

“I don’t think Adam and Naughty Boy will be staying friends,” one fan tweeted.

Some fans were critical of Adam’s swipe at Naughty Boy, though.

“OK for David [Ginola] to sleep all the time though eh, Adam?” one fan tweeted.

“Yeah funny how Adam only had a problem with NB after he done a trial with him and David where they only got 4 stars,” another fan said. “Before that he was fine. Then as soon as the trial finished the bitchiness started.”

Adam may not have forged a friendship with Naughty Boy, but he definitely did with another DJ. Snoochie Shy revealed that Adam was her best friend in the camp.

She also said that the soap star broke the rules at one point as he stole some hair conditioner for her.

I’m A Celebrity: Legends of the Castle is on ITV Hub.

What do you think of Adam’s comments? Head to our Facebook page @EntertainmentDailyFix and let us know!