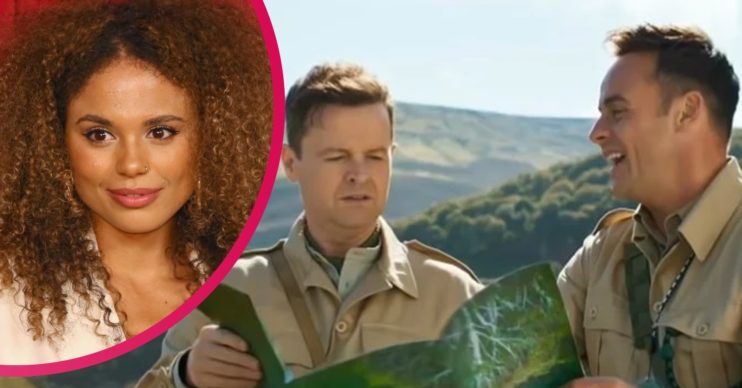 She recently left the BBC soap

I’m A Celebrity… Get Me Out Of Here! bosses have reportedly signed up ex EastEnders actress Jessica Plummer.

A source claimed that the star, who recently left the BBC soap in an emotional domestic abuse storyline, could replicate the success that former Walford favourite Jacqueline Jossa had on the ITV show.

Jessica Plummer could ‘do well’ in I’m A Celebrity

“Bosses are delighted to be able to convince her to take part. It’s a great move for both parties as she’s just left the soap and this is a great opportunity for her personality to be shown to millions.

“She hopes it will be a real stepping stone for her career.”

It follows reports claiming AJ Pritchard has signed up to I’m A Celebrity.

The 25-year-old dancer will reportedly appear in this year’s series, which will be filmed in North Wales because of the coronavirus pandemic restrictions.

A source quoted by MailOnline said he will be joining the other celebrities at Gwrych Castle in Abergele.

Bosses are delighted to be able to convince her to take part. It’s a great move for both parties.

They said: “AJ is really excited – he can’t wait to get going and for the show to start.

“It was always his aim to do more TV work after leaving Strictly and there’s no bigger challenge than I’m A Celeb.

“He’s an early riser, into his fitness and a dedicated person. He hopes being part of camp will give viewers the chance to get to know him better.”

Jenny Ryan and Eamonn Holmes rumoured for I’m A Celebrity… Get Me Out Of Here!

Rumour has it that stars such as former Top Gear host Jeremy Clarkson, This Morning presenter Eamonn Holmes and actor Vinnie Jones could all be appearing I’m A Celebrity this year.

Another name to have cropped up is Jenny Ryan, star of ITV quiz show The Chase.

Read more: I’m A Celebrity: Amanda Holden fears show is under threat due to coronavirus

Jenny got fans’ hopes up after she joked on Twitter that, with the series shooting in Wales rather than Australia, she would be up for doing it.

She tweeted: “My main reservations about doing #ImACeleb have always been 1. The Spiders 2. The Snakes 3. The Heat, so this could be a big opportunity for ol’ Jenny.”