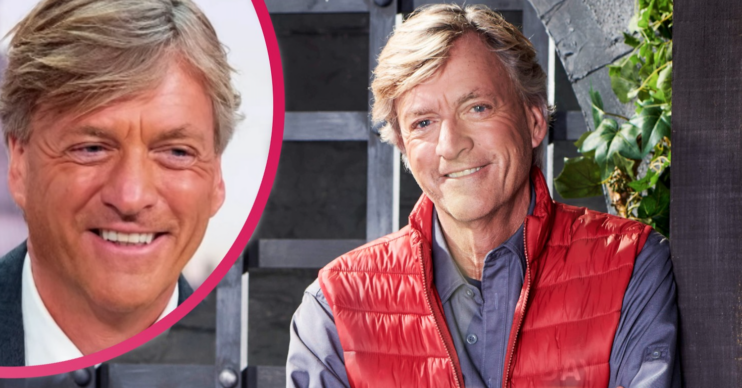 Everyone else might as well pack up and go home

This year’s I’m A Celebrity has finally been confirmed and Richard Madeley is already earning his pay cheque.

So much so, we think he’s already this year’s winner. Why? Read on…

Why I’m A Celebrity star Richard Madeley will nail it

Who remembers The Circle?

Read more: I’m A Celebrity 2021: Richard Madeley ‘set to be first contestant to take on a Bushtucker Trial’

But Richard put the cat among the pigeons in series two, when unbeknown to the rest of the inhabitants, he became a contestant.

And he was brilliant, especially as he was pretending to be a 27-year-old woman called ‘Judy’.

We get the impression that Richard, buoyed by his experience on The Circle, will be itching to get going on I’m A Celebrity.

And let’s face it, he knows how to play the game(s), he’s been a long-time viewer of the show and is a seasoned professional.

Because of his vast experience in front of the camera and on live TV Richard understands what the audience wants and knows how to deliver magic moments.

After all, he said after his appearance on The Circle: “Actually I found being cut off strangely liberating, it was a holiday from the real world.”

Well, we all know that Richard is the master at saying what’s really on his mind. Perhaps even without thinking first.

How about this, when he talked about his daughter, Chloe?

“Judy got pregnant very quickly again, and it was an accident.

Speaking without a filter has its uses, especially when you’re in a cold castle in north Wales with a bunch of tired, bored and hungry celebrities.

It could also provides hours of entertainment.

So have we convinced you I’m A Celebrity will be won by Richard Madeley yet…?

Richard is often the most unintentionally funny person on TV, and has morphed into a real-life Alan Partridge.

Here he is, speaking to a paramedic who once saved his life.

“Stop crying! This is supposed to make you happy!

“Anyway after the break, the biggest dog in the UK. And he really is big. Don’t miss it!”

And here, talking to a naked Brexit protester.

“It’s beautifully written, in capitals. Who wrote it?”

Again, stand by for hours of entertainment. A-ha!

Madeley for the I’m A Celebrity win

5. He’s a good interviewer and will drag the dirt out of everyone… and unite the group

Let’s go back to The Circle again.

Richard won praise when he had a conversation with Georgina, a Crohn’s disease sufferer, where he was both sympathetic and empathetic.

It shows that he’s good with people, and an ace interviewer.

His stints on This Morning and GMB have also shown this, too.

So we’re looking to Richard to not only get some juicy titbits out of the group, but also smooth things over if things get a bit messy.

A Richard of all trades, if you will.

Even in the castle you need a bit of glamour in I’m A Celebrity, and Richard will provide that in spades.

His perma-tan, perma-highlighted hair and pearly whites will brighten up our lives over the next couple of weeks.

Leave us a comment on our Facebook page @EntertainmentDailyFix and let us know what you think of  I’m A Celebrity star Richard Madeley.