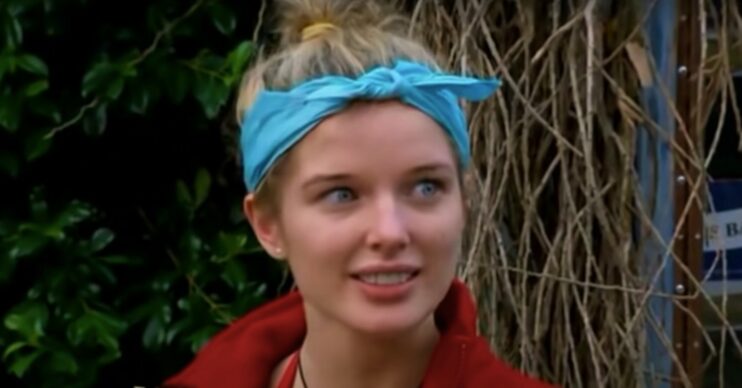 I’m A Celebrity 2022: Helen Flanagan to return for all-star series?

The I’m A Celebrity 2022 news is coming thick and fast and today (May 12) rumours have surfaced that Corrie icon Helen Flanagan may be heading to South Africa for the show’s new spin-off series.

The Coronation Street star, 31, is said to be in talks with ITV bosses about making a comeback.

As a mum of three, the actress has her hands full, but we’d love to see her on the show!

Could Helen appear on the I’m A Celebrity 2022 spin-off?

A source told The Sun: “Helen is in two minds about I’m A Celebrity and has been in talks about the possibility of coming back.

“If [she] can make it work around her kids then she will consider taking the leap and signing up.

“But for Helen all the stars have to align. Her family will always come first.”

The star is married to footballer Scott Sinclair and is the proud mum of Matilda, six, Delilah, three, and one-year-old son Charlie.

As soon as she entered the jungle in 2o13, Helen was a joy to watch.

Of course her sensational bikini collection helped and her shower scenes always got plenty of attention.

However, Helen was bit scared when she made her debut and as a result was voted to do a whopping seven trials in a row.

After the icky Bug Trial, she tried her luck at Cruelty Towers.

Her antics started to rile her co-stars and even hosts Ant and Dec accused her of not trying.

However, she was only 21 and went onto win all the stars in her sixth trial.

After leaving the show Helen admitted: “I thought I’d maybe do one or two and thought I’d be fine. I thought I would just be in a bikini and make friends, I didn’t think it would be so intense.”

What do we know about the new all-stars series?

The show will apparently feature viewers’ favourite campmates from seasons past as they get a second bite of the cherry.

It will be hosted by Geordie duo Ant McPartlin and Declan Donnelly.

The programme will reportedly be filmed in South Africa and will run in addition to the traditional programme.

Would you like to see Helen in the new spin-off? Tell us on our Facebook page @EntertainmentDailyFix.