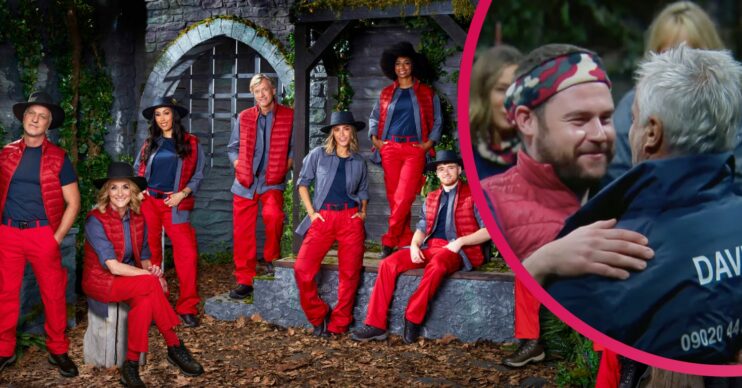 I’m A Celebrity 2021 returns tonight for a special episode

This is great news for those who are already missing I'm A Celebrity!

I’m A Celebrity 2021 is set to return to screens tonight (Wednesday, December 15) for a very special episode!

Legends of the Castle will see this year’s campmates return to TV screens to talk about their time on the show.

What is the special episode of I’m A Celebrity 2021 about?

The 2021 series of I’m A Celebrity came to an end on Sunday (December 12). After three long, arduous weeks in Gwrych Castle, North Wales, Emmerdale star Danny Miller was crowned the winner.

Tonight, the campmates will return to our screens in a special post-show episode. The celebrities are set to recount the (literal) trials and tribulations of roughing it up in Gwrych Castle, as well as reliving their I’m A Celebrity journeys.

One of the most significant things that happened in this series of I’m A Celebrity was Storm Arwen.

The vicious storm caused chaos in the camp and even led to the show being taken off air for three days. Things became so bad at one point that the celebrities were evacuated from the castle. They were sent back into isolation until the storm ran its course.

In tonight’s show, the celebrities discuss how the storm affected their time.

What did the campmates say about Storm Arwen?

The celebrities reveal tonight that they didn’t know how bad the storm was until they were removed from camp.

“I remember walking into the bedroom and there were leaves everywhere,” Frankie says. “We soon realised things were getting serious when they moved us into the Grand Hall.”

In tonight’s show, DJ Snoochie Shy reveals that she started crying when the celebrities were told they were going back into isolation.

“For me, the storm was a massive pause in that whole journey,” Danny Miller says. “It was something I was gutted about as we’d just started to get used to camp life in this crazy but amazing show.”

Kadeena Cox also claims tonight that if anything, the storm made their tough time on the show that much harder.

“People may think we had an easy ride but I think it [the storm] made it harder,” she says.

What else is talked about in tonight’s I’m A Celebrity special?

The celebrities also discuss how excited they were to finally get back into the castle when the storm passed.

Elsewhere in tonight’s show, the I’m A Celebrity campmates will discuss the gruesome trials they undertook, as well as the food they had to eat.

At one point, Simon and Kadeena confess to sneaking in contraband, whilst Naughty Boy recounts the firey confrontations he had at dinner times throughout the show. The record producer admits to getting a “little bit hot” at times in the kitchen too.

The celebrities will also discuss The Clink, the legendary Cyclone Challenge, and the friendships they made in Gwrych Castle. Danny and David Ginola also talk about their “bromance”. Danny said David, his hero, “never let me down once”.

I’m A Celebrity: Legends of the Castle airs tonight (Wednesday, December 15) at 9pm on ITV and ITV Hub.

Will you be watching Legends of the Castle tonight? Leave us a comment on our Facebook page @EntertainmentDailyFix and let us know.