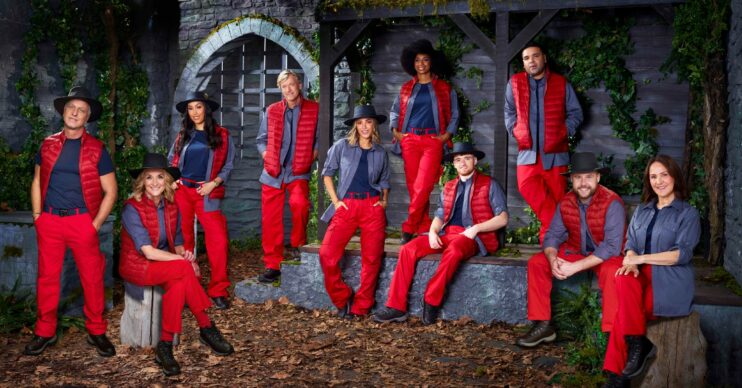 I’m A Celebrity 2021: How much are this year’s contestants worth?

You won't believe how much these celebs are worth

I’m A Celebrity is back with a fresh new line-up of celebrities all set to make the 2021 series one to remember as they descend on Gwrych Castle.

This year’s line-up includes some very famous names, who are already earning a great deal of money before their fees are added to the pot.

So, naturally, this has us all wondering just how much this year’s contestants are actually worth.

Read on and we’ll tell you all we know!

After watching her husband Wayne tackle the jungle five years ago, Frankie has decided to follow in his footsteps.

The Loose Women panelist said she is ready to take on the I’m A Celebrity castle and conquer her fears.

Read more: Adam Woodyatt stuns fans with his appearance on I’m A Celebrity

She commented: “I’m scared of most things, but I want to push myself and show a side people have not seen before.”

Frankie currently has the highest net worth out of all of the contestants with an estimated worth of £11 million.

GMB presenter Richard Madeley was eager to take part this year when he discovered that the show was “no longer just a TV programme”.

Instead, Richard claims it has become part of “the fabric” of life in the UK.

Despite spending some time in the Clink, Richard did well during his short-lived stint in the castle, winning a handful of stars and squirrel for dinner.

According to reports, the former This Morning host is worth a whopping £3.6 million.

Richard is also rumoured to have signed a contract worth £200,000 for his appearance on I’m A Celebrity, but it’s not known how much of that he’ll see now after cutting his stay short.

Although he’s only been in the castle for a few days, Naughty Boy has already threatened to quit the show.

After losing to Snoochie Shy in a trial, he exclaimed: “I do think my time here is done.”

But after reuniting with the main camp, he almost immediately changed his mind.

The DJ and music producer has collaborated with many famous names including Beyoncé and Sam Smith over the years.

He has even won a Grammy!

So it’s no surprise that his estimated net worth is up to £2.2 million.

Broadcaster and journalist Louise Minchin has taken on the dark and rustic Gwrych Castle.

Although we haven’t seen much of her yet, we hope to see a more wilder side of Louise in the Bushtucker trials.

According to reports, Louise is worth a hefty £2.1 million.

After winning gold with Tom Daley at the Tokyo Olympics, Matty Lee has decided to ditch the diving boards for a chance of being King of the Castle.

The Olympic diver is reportedly worth a massive £1 million from his endorsements.

Former Strictly Come Dancing judge Arlene Philips has bravely entered the castle at the age of 78, which makes her the oldest contestant ever on the show.

According to reports, she is worth just over £1 million.

Former football player David Ginola has decided to spend three weeks in the dreaded castle, hoping the show will be a “great experience” for him.

He said: “Doing I’m A Celebrity has come at the perfect time for me and I’m really looking forward to it all now. It’s also going to be a crazy experience.”

David is reportedly worth a surprisingly low £747,255.