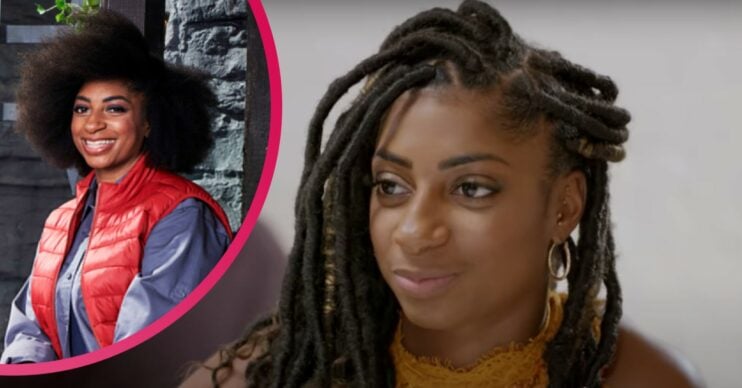 Admitted he treated her badly out of jealousy

Four-time Paralympic gold champion Kadeena Cox knows more than most about overcoming challenges – but she still believes I’m A Celebrity 2021 could prove mentally tougher than anything she’s previously experienced.

Nonetheless, the 30-year-old from Leeds hopes she will still have the mettle to withstand whatever is thrown at her, even though she admits to a host of phobias.

And she was certainly put to the test on last night’s show, as she and Arlene Phillips faced the terrifying Bed Chamber of Chills trial.

Who is I’m A Celebrity 2021 cast member Kadeena Cox?

Kadeena Cox is a winner of four Olympic gold medals.

She became the first Team GB athlete to win two gold medals in separate sports as she competes in both T38 para-athletics sprint events and C4 para-cycling events.

Kadeena received an MBE in 2017 for services to athletics.

Which other TV shows has Kadeena Cox been on?

Kadeena has appeared in several series over the past few years.

She won Celebrity Robot Wars in 2016 but had a poor performance in Celebrity Mastermind in the same year.

Kadeena was a contestant on The Great Stand Up to Cancer Bake Off in 2016 – but her biggest telly win came earlier this year.

She demonstrated she is an excellent cook by beating the likes of Bez, Katie Price and Joe Swash to win Celebrity Masterchef 2021.

However, she previously appeared on a celebrity version of BBC Three show Eating With My Ex.

She discussed elements of her previous relationship with former partner Tes McFly.

They apparently first dated when they were teenagers.

Photographer Tes admitted to Kadeena he had ‘lost count’ of the number of times he had cheated on her.

He also claimed he treated her badly because she put sport first and him second.

However, Kadeena fired back: “Don’t even dare come at me with that.

“This is why we always ended up in these situations. Because you’re the one in the wrong, yet still you try and make me feel bad about it.”

What were the circumstances surrounding Kadeena Cox’s MS diagnosis?

Two days after an athletics event in May 2014, Kadeena was hospitalised and diagnosed as having suffered a stroke.

Following two months of physiotherapy she recovered and resumed her training again.

However, in September 2014 she experienced burning sensations in her right arm.

Her arm and right left became numb over the next few days and she was hospitalised again.

What has Kadeena Cox said about appearing on I’m A Celebrity 2021?

Kadeena is raring to go – but she is also very aware of how circumstances may go against her. For instance, she could come into contact with many different elements in the castle she’s not keen on at all.

“Going on I’m A Celebrity is something so different for me and it’s completely out of my comfort zone”, Kadeena has admitted.

“But I am hoping the athlete in me will want to do it for the team and just get through that tough moment. I will scream afterwards!”

Thanks to her Celebrity Masterchef success, no doubt Kadeena will be looking to get involved in the kitchen, too.

However, she cautioned: “So long as there isn’t too much pressure to make the food interesting!”

As always, Kadeena has her eye on first place. But she hopes to inspire rather than revel in personal glory by becoming Queen of the Castle.

Kadeena explained: “If I were to win I’m A Celebrity as a disabled person and show that I can overcome things, then I think that would be a great thing to show that people with all disabilities can do things.”

What do you think of I’m A Celebrity star Kadeena Cox? Leave us your thoughts on our Facebook page @EntertainmentDailyFix.