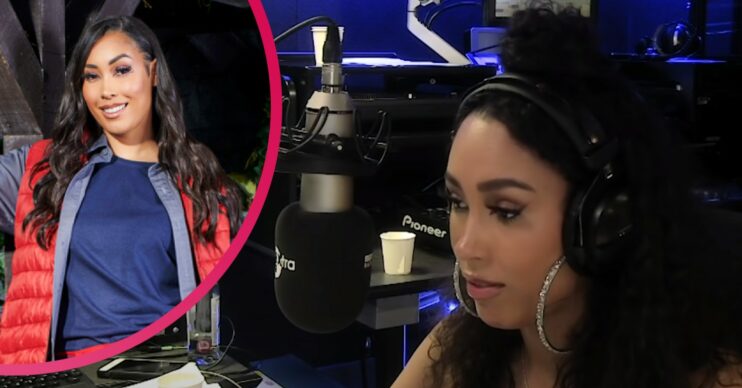 MTV star took a stand, she was in no way implicated in accusations

Radio star Snoochie Shy should prove anything but bashful as she makes the transition to telly in I’m A Celebrity 2021.

The 29-year-old from London is already a hit with listeners of her show on BBC Radio 1Xtra.

She’s also hailed as a favourite with big brands looking to collaborate with her on social media.

But how will Snoochie Shy fare in Gwrych Castle when working with other famous faces in the I’m A Celebrity 2021 cast line-up?

Who is I’m A Celebrity 2021 cast member Snoochie Shy?

She is also a face of MTV UK on shows YO! MTV Raps and YO! MTV Rates.

She has modelled for the likes of Nike, Dr Martens and Vans.

A TV insider said her about earlier in November when she was rumoured to be in the running for I’m A Celebrity: “Snoochie will bring some edgy glamour into Gwrych Castle, and is guaranteed to heat things up in the chilly ruin when the show kicks off.

“She’s a great draw for younger viewers who will be familiar with her from her social media pages as well as a DJ.”

Snoochie Shy has also hosted events such as the MOBOs and the Audio Production Awards.

Snoochie Grealish… it’s got a ring to it tbf! 😍#CelebrityGogglebox pic.twitter.com/UUvQM2cN8m

She co-hosted the latter with TV presenter Jeremy Vine, with whom she has shared a sofa on Celebrity Gogglebox.

Channel 4 viewers will remember her spells on the series earlier this year, commentating on the likes of Love Island.

She was also part of the unforgettable sequence in which Jeremy got rather sweary as they watched Catfish together.

What is Snoochie Shy’s real name?

According to reports, Snoochie Shy is her real name.

However, she was reportedly named Cheyenne Davide when she was born.

Snoochie Shy has previously referred to viral star Big Shaq as her hubby.

However, it is believed they are not married in real life.

Why did Snoochie Shy leave her DJ role at Radar Radio?

The decision came following accusations of sexual harassment from a former employee, as well as other allegations of exploitative and abusive practices.

Numerous DJs linked to the station consequently left their roles, including Snoochie Shy who had a breakfast show at the station.

She explained in a now-deleted tweet: “‘I am deeply saddened by the recent news regarding Radar Radio.

“Unfortunately, due to these views being so far removed from my own, this has left me with no choice but to step down as host of the breakfast show.”

What has Snoochie Shy said about appearing on I’m A Celebrity 2021?

Snoochie Shy’s fellow contestants may end up hoping she isn’t called upon to fulfil many Bushtucker Trails or other challenges.

That’s because, by her own admission, she a “scaredy cat”.

Indeed, Snoochie Shy believes she could end up so petrified by what goes down in Gwrych Castle that she might not even be able to scream.

Unfortunately, while there might not be a peep that’s comes out of her mouth when under pressure, something else might appear.

She’s revealed that seeing Jordan North‘s reaction to heights was one she can empathise with.

Snoochie Shy admitted: “I saw him vomit on top of the mountain and I can relate to that as it was very high.”

As well as heights, Snoochie Shy isn’t at all keen on bugs, either. Plus, she’s claustrophobic.

Let’s hope the viewers go easy on her when it comes to the voting for trials, then.

Otherwise, Snoochie Shy has some very specific plans about what she intends to contribute to the group.

She explained about how she sees her role on the show: “I love twerking on a Friday night. I’m going to teach everyone how to do it in the castle!”

Although she lists Jim Carrey and Big Narstie as two celebs she’d love to share time on the show with, she’s previously expressed that Davina McCall would feature in her ultimate girl gang.

Snoochie Shy reasoned in an interview: “She’s a TV legend.”