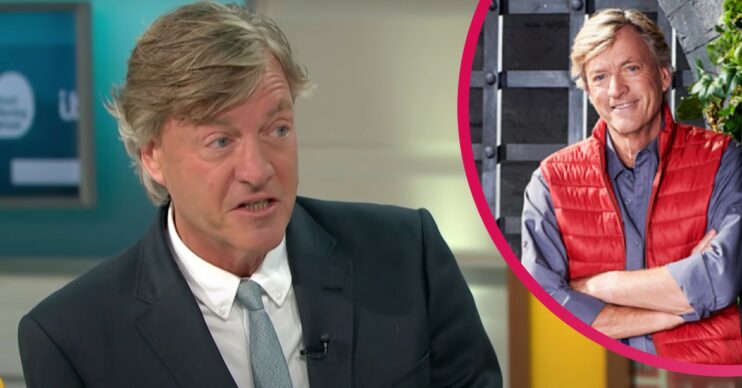 I’m A Celebrity 2021 cast: What has Richard Madeley said about his ‘horrible’ shoplifting arrest

Reckons he can joke about incident now thankfully

He may be regarded by some as gaffe-prone and the living embodiment of Alan Partridge, but there’s little doubt viewers will reckon they should get plenty of entertainment value out of Richard Madeley on I’m A Celebrity 2021.

The 65-year-old has enjoyed a TV resurgence of sorts in the past few years, after filling in on both The Wright Stuff and GMB.

But now Richard is set to go prime time for a few weeks following confirmation he is part of the I’m A Celebrity 2021 cast line up.

Who is I’m A Celebrity 2021 cast member Richard Madeley?

But it was alongside second wife Judy Finnigan that Richard really made his mark on British telly.

He and Judy were the first ever presenters of This Morning when the ITV daytime series made its debut in 1988.

They stayed at the helm until 2001 before quitting to join Channel 4 and host early evening show Richard & Judy.

The couple returned to their original hit in 2009 and 2013 to celebrate its 21st and 25th birthdays.

And they also made a special one-off appearance as This Morning hosts in 2019.

How did Richard Madeley and Judy Finnigan meet?

The couple met when they worked together on a rugby league show for ITV.

They were both married to other people at the time. Richard has previously admitted to having several affairs during his first marriage, which lasted for six years from 1977.

After 35 years of marriage, he believes they would be done for it either he or Judy strayed.

He has previously said: “I think it’s incredible that I’ve been fortunate enough to meet the woman I love.

“I know happy marriages come in different shapes and guises but I like the fact we’re both possessive of one another.

“If Judy or I were to have an affair, it would be the end.”

Does Richard Madeley have children?

Richard and Judy share two children together, Jack and Chloe (who is married to former I’m A Celebrity contestant James Haskell).

Judy is also mum to twins Dan and Tom.

Sadly, the couple also lost a child due to a miscarriage.

Richard opened up about their sadness in 2018 documentary Child of Mine.

He recalled how they went for a routine scan at 16 weeks, only to be told their baby had passed away.

He said of finding out their baby had passed away during a routine scan: “It was utterly devastating: no warning. No earlier, gentle, indication of the possibility of catastrophe.

“Our baby had just died. And he was still in Judy’s womb. She was kept in hospital overnight for a second scan and was then put into an induced labour.

“My heart broke for her as I waited outside the delivery room. What a dreadful experience. To go through the motions of childbirth, knowing what the grim outcome would be.”

What is Richard Madeley looking forward to about I’m A Celebrity?

He said: “I am going to be in my element talking to them.

“I will ask questions in camp. Unless you are curious, you don’t learn about people.”

Richard also believes he will be in the running to be the castle cook.

However, he admits to feeling uneasy about any challenges that may involve heights.

Asked about any phobias, Richard responded: “I’m not sure how I will feel if I have to walk across a plank very high up!”

Hopefully Richard will have more of a strong stomach than he does a head for heights.

That because the bookies reckon he could be the first famous face selected to stuff unpleasant items down his gob.

William Hill have priced him at 2/1 to be picked by the public first to take on a Bushtucker Trial.

Why was Richard Madeley arrested?

Richard was arrested in 1994 for failing to pay for goods from a Tesco in Manchester on two occasions, including champagne.

He was later acquitted of all shoplifting charges after citing lapses of memory.

Richard later reflected on the matter: “I was just not concentrating. I put the food through the till, I forgot to take the champagne out.

“I can handle anything, I can juggle eight balls in the air, and actually I came a horrible cropper. [But] I can joke about it now.

“But that year was horrible. The publicity was mortifying.”