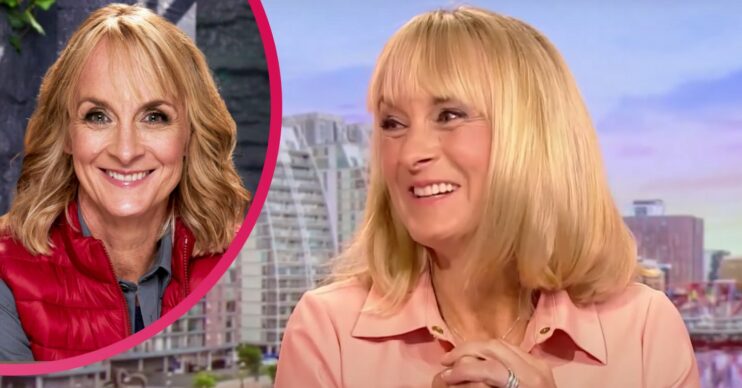 The man is due to be sentenced later this month

She left the series back in September after sitting on the show’s red sofa for two decades.

She’s now entertaining viewers in I’m A Celebrity 2021, but here are a few things that you might not know about the 53-year-old journalist.

Who is I’m A Celebrity 2021 cast member Louise Minchin?

Louise Minchin was born in Hong Kong but educated in the UK.

She studied Spanish at the University of St Andrews and journalism at the London College of Communication.

Louise was a newsreader for BBC News and also on BBC radio channels. She has also appeared as a presenter for Sunday Life, Missing Live and The One Show during her time with the Beeb.

Louise was associated with flagship series BBC Breakfast for 20 years and took over from Sian Williams as a main presenter in 2011.

During that time Louise hosted alongside Bill Turnbull, Charlie Stayt and Dan Walker.

Away from her work, Louise is an enthusiastic amateur triathlete.

Louise revealed to viewers she would be departing BBC Breakfast at the start of September.

“I’m 100%. It’s the right thing for me to do. There’s a huge amount of nerves. I’m having the most extraordinary anxiety dreams.

“I need some space to sleep, some time for me to do things I enjoy. I’m planning some long swims and getting back into running.”

Louise later noted her next project would be working on a programme about the menopause.

Is Louise Minchin married? Who is her husband?

David made a rare appearance on TV during her last episode of BBC Breakfast, alongside her father Patrick.

He reflected on her time on the series: “I’m in awe, so courageous. The bravery, I mean just the challenges she’s taken on, all with a giggle and a smile on her face.”

How did Louise Minchin do on Celebrity Masterchef?

Louise proved herself a mighty force in the kitchen on Celebrity Masterchef – even though she claimed she couldn’t cook before the series began.

She ended up coming second to Alexis Conran in the 2016 competition that also included the likes of Donna Air, Sinitta and Sid Owen.

She has also indicated being camp chef could be the role she thrives in on I’m A Celebrity.

Louise said: “I will give out hugs and make the food more edible!”

However, she may have some competition for head cook from fellow contestant Kadeena Cox, who won the 2021 series!

What has Louise Minchin said about being on I’m A Celebrity 2021?

“Going on I’m A Celebrity is a big adventure,” Louise has said.

“It is very different to sitting on the BBC Breakfast sofa and it will be scary and daunting but it will also be lots of fun.”

However, she is not looking forward to encountering creepy-crawlies in the camp.

Louise added: “The idea of small, enclosed spaces with cockroaches and spiders is horrific!”

What ‘health concerns’ has Louise Minchin spoken about?

Louise has endured ankle issues, partly due to her love of endurance activities, so she’ll need to go steady in the castle.

However, she damaged it further while training for an extreme triathlon in late 2020. She even had to take a short break from BBC Breakfast duties as part of her recovery.

Showing off a foot cast to viewers, Louise revealed: “I’ve had a foot operation to fix it, it is now on the mend. I’m still on crutches but I’m getting stronger every day.”

Louise’s husband David said about her triathlon-related injuries in September: “I’ve seen some of the pain that she’s gone through, and the operations, and she’s just been brilliant.

“So adventurous, so courageous.”

Louise has also previously opened up about agonising pain she suffered during her first pregnancy.

What happened to the man who stalked her?

Louise and her daughter Mia endured “extremely alarming” intimidation in July 2020 from a man previously convicted and given a suspended sentence for stalking Girls Aloud singer Nicola Roberts.

He has been ordered not to refer to either Louise or Mia on any social media site and will be sentenced on December 15.