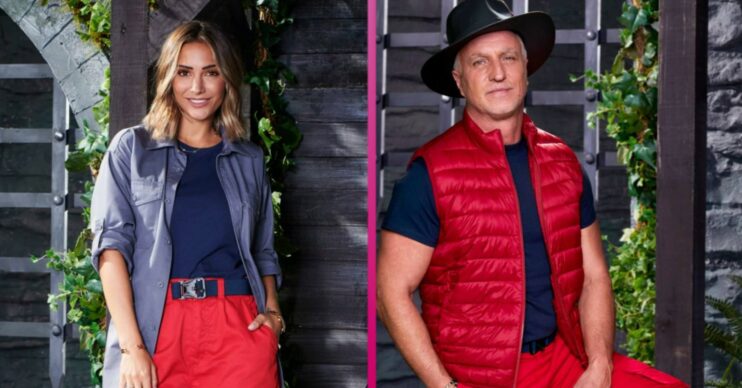 I’m A Celebrity: Frankie Bridge and David Ginola are bookies’ favourites to win

Frankie and David are on top at the moment

Bookies have revealed latest odds on the I’m A Celebrity 2021 stars and two celebrities are favourites to win.

Whilst only one episode of the hit ITV show has aired so far, that hasn’t stopped fans from already placing bets on who they think will win the competition.

The latest winner odds released by Betfair show that not one but two celebrities are favourites to win the show.

The betting operator has revealed that Frankie Bridge and David Ginola are the current favourites to win.

They are both at 7/2 to walk away from Gwrych Castle victorious. It seems that the pair have already won viewers’ hearts after just one episode!

Read more: Katie Price urged to ‘be kind’ after she lays into new I’m A Celebrity cast

Danny Miller is currently the second favourite to win I’m A Celebrity, with odds of 4/1.

Good Morning Britain‘s Richard Madeley is at 9/1 to win, while ex-Strictly judge Arlene Phillips, 78, is at 60/1.

How did favourite Frankie get on last night?

Frankie, whose husband Wayne Bridge was on the show in 2016, won over viewers last night (Sunday November 21) after excelling in her opening challenge against Richard Madeley. The pair had to race to the top of their turret and reach a golden key that was hanging in mid-air.

Firstly, however, they had to unlock three gates on their way up. And, in true I’m A Celebrity fashion, there were plenty of bugs to contend with.

Richard’s loss meant his team were banished to the Castle jail, whilst Frankie’s team were allowed into the I’m A Celebrity camp.

Fans were quick to let their love for the former The Saturdays star be known.

What did I’m A Celebrity fans have to say?

“Frankie Bridge smashed that trial, fair play to her!” another fan said.

“Show’s not even over and I’m predicting it now. Final 3 Frankie Bridge, Danny Miller, and David Ginola. Would put serious money on it,” a third I’m A Celebrity fan said.

Fans were bowled over by ex-footballer David Ginola too, and headed to Twitter to proclaim their love.

“I’m sorry but David Ginola is already the best,” one fan said.

“David Ginola coming in as the funniest person on this season,” another viewer wrote.

It will certainly be interesting to see who comes out on top in three weeks’ time.

You can catch I’m A Celebrity tonight on ITV and ITV Hub at 9pm.

Who is your favourite to win I’m A Celebrity this year? Head to our Facebook page @EntertainmentDailyFix and tell us what you think.