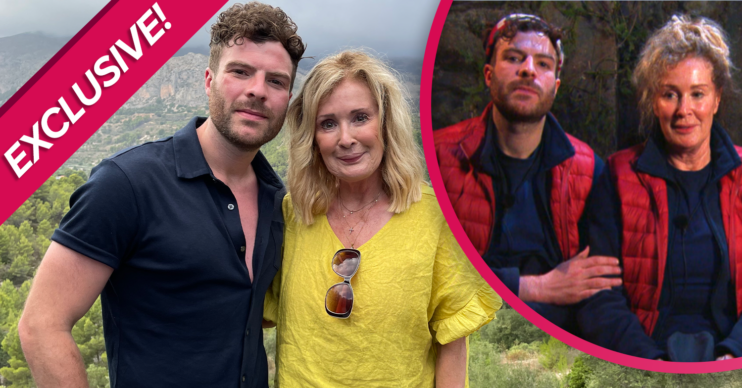 They also issued a warning to the new hopefuls

I’m a Celebrity 2021 is almost upon us and two people who’ll find it a tough watch are two of the stand-out stars of the 2020 series Beverley Callard and Jordan North.

Speaking exclusively to Entertainment Daily, the pair admitted the “selfish” and “childish” reason it’ll be “hard” to watch this year’s series.

The I’m a Celebrity stars formed a beautiful friendship when the show first took place in Wales last year.

So much so that they’ve recently completed a 900-mile road trip across Spain as part of ITV’s Destination Wedding show.

What did Bev and Jordan say about I’m a Celebrity 2021?

Bev and Jordan admitted they’d have preferred it if the show went back to Australia this year.

Jordan told us: “It sounds really selfish but I wanted it to be back in Australia. I wanted the castle to be our little place.

Read more: All the I’m a Celebrity winners EVER listed – can you name them all?

“I spoke to Victoria Derbyshire and she said it’ll be good it’s back there because we can compare it.

“I spoke to Joe Swash recently and I say this to anyone, we definitely had it harder. And they all go shut up no you didn’t, we had it way harder.

“It was cold, it was dark, it felt more sinister. They got to shower in a beautiful waterfall in a natural jungle. Beverley, you hated that bathroom didn’t you?”

“That shower was disgusting,” the Coronation Street favourite replied.

“They gave us one towel each but it was one of those microfibre towels that feel horrible on your fingers and they didn’t dry.

“You didn’t feel clean, you didn’t feel dry and the bedroom was -1˚C. The creepy crawlies were hideous but I’m so jealous of somebody else going in there,” Bev explained.

“I feel like it’s ours and I don’t want anyone else to go in. It makes me go really childish.”

“I’m looking forward to watching it, watching on the sofa with a nice cup of tea,” Jordan admitted.

However, he added: “But I reckon it’ll be hard for the first few episodes to watch.”

Jordan then issued the new campmates a warning: “They’re not in for an easy ride. It was the hardest three weeks of my life.”

Bev added: “I’ll be watching it and I’ll be glued to it, but I’ve not seen last year’s series.”

Jordan explained: “Me and Beverley are the only ones – we can’t bear watching ourselves back. I can’t bring myself to watch it.”

Advice for the next lot of campmates

So, as veterans of the Welsh castle, what advice would Bev and Jordan offer this year’s celebrities?

“When you pack your undies, you can only take so much,” Bev told us. “They say three pairs of knickers, so get that thickest ones you can find.”

Jordan quipped: “I was going to get all serious and say enjoy the moment, make friends, don’t fall out with anyone. Just be yourself. Before I went in my mum said to be just be yourself and I was.

“We were saying how blessed we were. We had such great campmates, usually there’s someone who is going to upset the balance and cause arguments but there was no one.”

Let’s see if the same will be said when this year’s series kicks off later this month!

Head to our Facebook page @EntertainmentDailyFix and tell us who you think of our story.