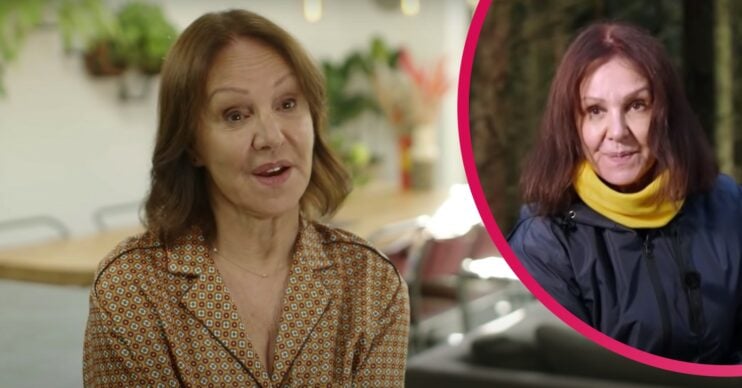 I’m A Celebrity 2021: Arlene Phillips under fire for OCD comment

Do you think ITV should apologise?

I’m A Celebrity 2021 contestant Arlene Phillips has come under fire for an ‘OCD’ comment she made on the show.

The former Strictly Come Dancing judge, 78, made the offending remark in the first episode of the new 2021 series.

However, fans on social media are still fuming about the moment – with some suggesting ITV should apologise for airing it.

Arlene indicated she suffers from Obsessive Compulsive Disorder as she travelled to meet her fellow celebrity cast members.

She said: “I cannot live with dirt.

“I am completely OCD about everything in my life being organised, clean, neat and tidy.”

However, some viewers reckon Arlene was probably using OCD as a shorthand reference for not liking dirt, rather than having a reaction to it along the lines of those who endure the disorder.

Some people watching at home found Arlene’s use of the acronym unacceptable.

One person scolded her: “No, Arlene, you are not ‘OCD’ about cleaning.

“OCD is a terrifying, life-changing illness and we need people to stop throwing the term around #ImACeleb.”

That tweet proved popular, picking up hundreds of Likes and retweets.

OCD is a terrifying, life-changing illness.

It was also used on several occasions as a Quote Tweet, for other concerned social media users to add on their view.

In addition, someone else continued: “As it was prerecorded I’m disappointed that @ITV didn’t edit out.

“#OCD is not a funny quirky desire to be clean.

“It is a mental health condition that can turn peoples lives upside down.

Other viewers agreed that ITV should ‘apologise’, with some tweeting about complaining to the TV regulator.

“Call yourself a mental health advocate?” one concerned observer tweeted.

“Well then, please take the time to complain to Ofcom about the use of the acronym ‘OCD’ on last night’s #ImACeleb #ImACelebrity by Arlene Phillips.

“OCD is not a personality quirk or an adjective, it takes lives.”

Someone else complained to the social media accounts for the show, Arlene and hosts Ant and Dec: “@imacelebrity @antanddec @arlenephillips Research OCD before using it so flippantly.”

How an OCD charity reacted

They also pondered why Arlene’s words made the edit.

Read more: I’m A Celebrity: Arlene Phillips confusion cleared up as she is compared to Strictly’s Shirley Ballas

They tweeted: “Pre-recorded so could easily have been edited out so not to add to misconceptions/stigma.”

Nonetheless, they also suggested having a word with Arlene to let her know why she had misspoke.

“Happy to have a chat to discuss why this is so unhelpful when you’re out @arlenephillips,” the charity added.

Not for the first time @ITV have left an unhelpful and inappropriate reference to OCD in an @antanddec #ImACeleb episode. Pre-Recorded so could easily have been edited out so not to add to misconceptions/ stigma.

An ITV spokesman reportedly declined to comment when contacted by The Sun Online.

ED! has contacted a representative for I’m A Celebrity for comment.