Ten famous faces have been confirmed for the starting line up of I’m A Celebrity… Get Me Out Of Here!.

And ahead of their first Bush Tucker trials, ITV have unveiled the contestant’s brand new jungle looks… and red trousers, red fleeces and swagman headgear is big again this year! 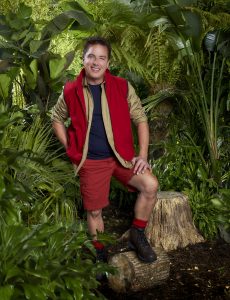 “To be blunt, it will also be nice to have some ‘me’ time! Nobody will be able to get in touch, text or email. I know it’s a game and I am not going in to be a misery.”

“And I would be over the moon if I won. I would be the King or Queen of the Jungle.” 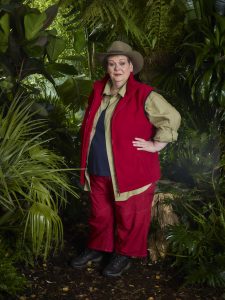 On her hopes for IAC: “I think it will be quite structured in there.

“I will understand ‘at this time I have to fetch wood and water’ – doing that will make sense.

“But being surrounded by people I can’t get away from or those who talk all the time can be a source of stress.” 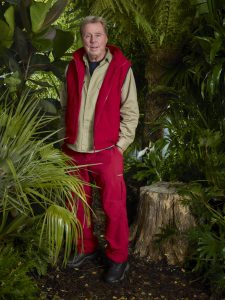 On his hopes for IAC:  Harry’s not sure what to expect as he has never watched the show.

But he does know that he will miss his wife Sandra and watching sports. 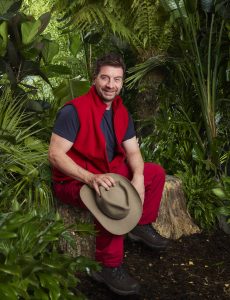 On his hopes for IAC: “I don’t think a romance that starts in the cauldron of an experience like that is going to last outside so I am not [looking for romance].” 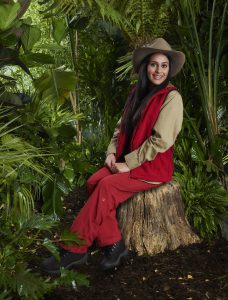 On her hopes for IAC: “The weirdest thing for me is going in as myself. My Corrie character is so different to me. She is serious, stern and she can be uptight. I am the opposite!

“I am such a goof, I am always laughing, being cheeky and I don’t take myself too seriously. 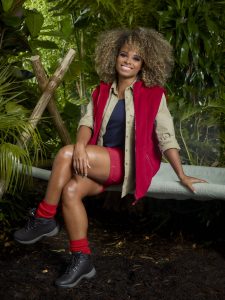 On her hopes for IAC: “Every time I think about it, I get butterflies in my stomach.

“I have been in denial that I am going in. I have never done anything like this before and neither have I ever camped or slept outside.”

On his hopes for IAC: “I have been quite full on with filming on Hollyoaks recently so it’s going to be nice to have a little break – but obviously a very different kind of break!

“I am taking some time out to do this but when I have finished, I will be back. It’s nice to go on I’m A Celebrity as me rather than as my character, Prince.” 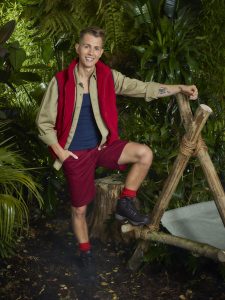 On his hopes for IAC: “This is a dream come true for me. It’s probably the only show I have watched throughout my life so I am really excited to be part of it!

“I want to do something that puts me outside of my comfort zone. I am so much more nervous about this than I would be going on stage to perform a gig.” 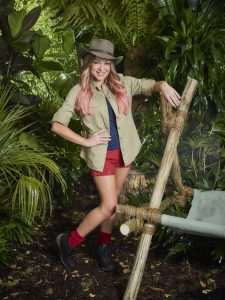 On her hopes for IAC: “I am excited about going in the jungle.

“I know quite a lot of people who have done it including Larry Lamb. Larry is like my Dad and he is always advising me.

“He said he couldn’t advise me more to do it as he had the best time ever.” 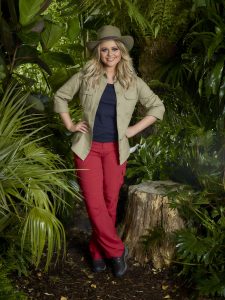 On her hopes for IAC: “I have no idea how it is going to be but what I would say is that this is probably the most challenging thing I have ever done. But I am up for it. Acting is easy!

“I am single at the moment. And never say never [to finding a romance in the camp]. We are in a situation where we are all not going to smell our best, nor look our best and I can’t really imagine it happening but hey, who knows?! It’s a bit of fun!

– The 18th series of I’m A Celebrity, hosted by Dec Donnelly and Holly Willoughby, begins on Sunday at 9pm.