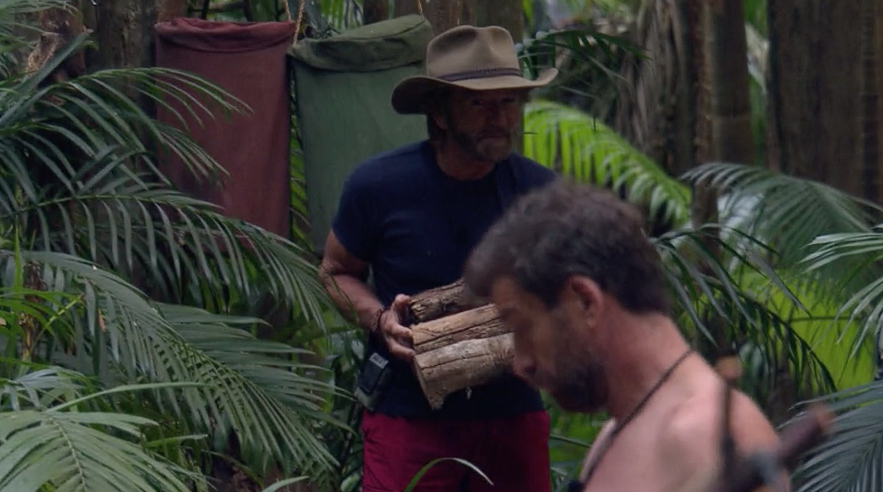 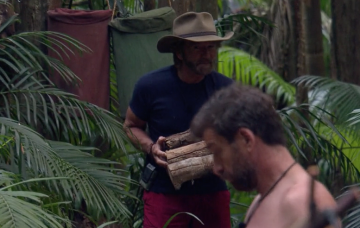 Noel Edmonds and Nick Knowles will “come to blows” in the I’m A Celebrity jungle after the pair clashed over chores.

Tensions between the two TV presenters boiled over on last night’s show as Noel, 69, appeared to leave camp alone once again to get firewood, breaking the rules.

It infuriated camp leader Nick who berated the Deal or No Deal host for continuing to ignore the order that no one must go unaccompanied.

Noel hit back as he returned with more logs and wound up the DIY SOS star by admitting he had left camp on his own to find them.

In fact, he’d stored the pile under the chair in the bush telegraph.

Viewers loved the hostility between them and predicted that they would end up fighting to settle their differences.

In fact, most fans welcomed the prospect and were largely in Noel’s corner.

One tweeted: “Noel and Nick are going to [come to] blows aren’t they?”

Another posted: “How Nick hasn’t proper decked Noel yet I don’t know.”

A third, echoing Harry Hill’s famous TV Burp catchphrase, added: “Nick and Noel where always gonna twist but in the words of @HarryHill which one is best! Only one way to find out…..!”

It seems that most fans would indeed like to see a FIIIIIIGHT!

@imacelebrity Nick and Noel where always gonna twist but in the words of @HarryHill which one is best! Only one way to find out…..! #ImaCeleb

Noel and Nick are going to blows aren’t they? Plus Rita talking about periods is SO me, I love how direct she is about it. I love her, she’s not a happy bunny #ImACeleb

I do like Nick but I wish he’d bore off about the rules – Noel is trying to do his jobs (getting water, keeping fire going) It’s not like he’s just wandering off to sunbathe. The others should chip in more tbh #ImACeleb

@imacelebrity Why is nick getting so angry at noel when he is just trying to do basic camp maintenance? #ImACeleb

Tensions spilled over on the latest episode when Nick, 56, asked Noel who he went with to get the logs for the fire.

An exasperated Nick insisted: “Noel, you are not allowed to leave camp without someone.”

Picking up more wood from the bush telegraph, Noel said to himself: “There’s Nick getting his knickers in a twist because he thinks I left the camp. He can be such a [bleep] at times.”

And when he arrived back with the logs, he wound up Nick further by calling out to him: “Coooeeeee! I left the camp again!”

* I’m A Celebrity… Get Me Out Of Here! continues at 9pm tonight on ITV.

Would you like to see Nick and Noel come to blows? Leave us a comment on our Facebook page @EntertainmentDailyFix and let us know what you think!