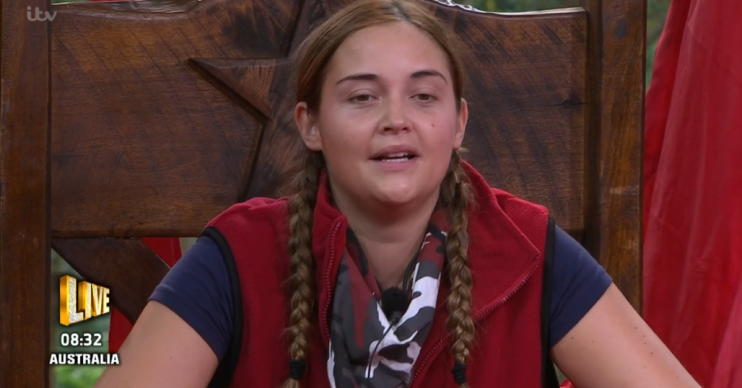 Comes amid fierce speculation about her personal life

Jacqueline Jossa has reportedly become the first I’m A Celebrity… Get Me Out Of Here! campmate to cancel their live TV interviews after winning the show.

The former EastEnders star, 27, is believed to have refused to appear on the likes of Lorraine, Good Morning Britain and This Morning for a chat about her time in the jungle.

Speaking to the Mirror, a source insisted the interviews were cancelled because of her busy schedule and also to enable the soap star to spend more time with Dan and their kids.

Jacqueline wants to spend as much time as possible with her family in OZ.

The insider said: “She has to film for the ‘coming out’ show which airs later this week, so cancelled all other TV offers like GMB and Lorraine to spend more time with the family.

“Jacqueline and Dan spent time together in the hotel and probably had a lot to talk about.”

ED! contacted ITV and a spokesperson for the broadcaster said: “Jacqueline wants to spend as much time as possible with her family in OZ before they have to travel back to the UK.

“Plus she’s filming [the] Coming Out show.”

“He had full sex with Natalie in front of me in the bathroom, and then kissed and performed a sex act on me.

“I distinctly remember Dan saying he needed to go because he was spending the day with Jacqueline and the kids because it felt so jarring with what had just happened. I have regretted it ever since.”

Dan has fiercely denied the accusation and told his social media followers he was looking at legal action.

It follows reports that Jacqueline was heartbroken in the I’m A Celebrity camp when Myles Stephenson allegedly told her Dan cheated on her with reality star Gabby Allen.

The mum-of-two is said to have threatened to quit the programme when Rak-Su singer Myles reportedly told her he believed her husband had a fling behind her back with the former Love Islander.