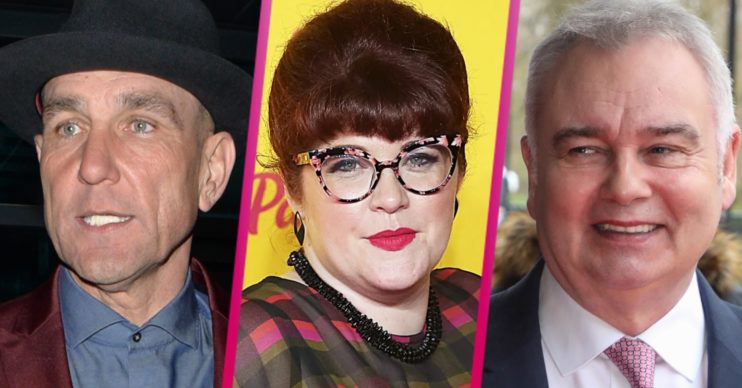 Who is rumoured to be on the ITV reality series this year?

I’m A Celeb fans don’t have long to wait until the 2020 series is here and rumours abound regarding ITV’s line-up.

This year, I’m A Celebrity… Get Me Out Of Here! will shoot in Wales for the first time ever, with the coronavirus pandemic making filming overseas difficult.

ITV confirmed in August that Gwrych Castle, near the northern coast of Wales, will replace the Australian jungle as the filming location for series 20.

But who is reportedly being lined up to appear on the programme? Read on to find out more.

The former host of The One Show spoke about the ITV series with Hello magazine, insisting he hasn’t had any conversations about doing the show.

But he admitted he doesn’t like saying no to projects without having a “good think about it” first.

Jenny, best known as The Vixen on The Chase, joked in August that the fact the series was shooting in the UK meant she wouldn’t mind doing it.

She wrote on Twitter: “My main reservations about doing #ImACeleb have always been 1. The Spiders 2. The Snakes 3. The Heat, so this could be a big opportunity for ol’ Jenny.”

She wouldn’t be the first chaser on the show; in the 2018 series, fellow quizzer Anne Hegerty was a firm favourite with viewers.

The presenter previously said he has been asked to do the series on a number of occasions.

He told Radio Times: “I’ve been asked for the last two or three years to do I’m a Celebrity.”

Speaking further, he said that while he has always said no, for him it’s a case of “never say never”.

Maura, who was on Love Island in 2019, is likely to be on this year’s I’m A Celebrity, according to bookmaker Coral.

As reported by the Mirror, there are odds of 1/2 on her doing the series – and even odds of 3/1 on her winning.

Lucy left Coronation Street earlier this year, stepping down from her role of Bethany Platt after five years.

She has turned down offers to appear on the programme in the past, according to sources quoted by The Sun.

With Corrie out of the way, could she be in the 2020 series?

The ex Top Gear host addressed the possibility of doing I’m A Celeb during an appearance on The Jonathan Ross Show last year.

He told the host they could count him in to “eat maggots” if it was for “a hundred thousand pounds”.

Vinnie once told Sports Breakfast that show bosses have previously asked him to do I’m A Celeb, but he’s always turned them down.

This year, Vinnie gave an emotional interview on Piers Morgan’s Life Stories, following the death of his wife, Tanya.

Susanna sparked rumours that she could eventually do I’m A Celebrity just like her GMB co-star Kate Garraway.

However, speaking to Kate about her time in the jungle, Susanna said she thought being on the show’s infamously restricted diet would make her too “hangry”.

The This Morning favourite could be on I’m A Celeb 2020, according to betting firm Coral.

The company is putting odds of 6/1 on the Northern Irish presenter heading out to Gwrych Castle.

A source quoted by The Sun claimed that Tamzin, who played Mel Owen in EastEnders from 1998 until 2018, is someone that the show’s producers have discussed for the line-up.

What’s more, she reportedly left the slot open by turning down Strictly.

Who do you think will be in I’m A Celeb? Leave us a comment on our Facebook page @EntertainmentDailyFix and let us know.