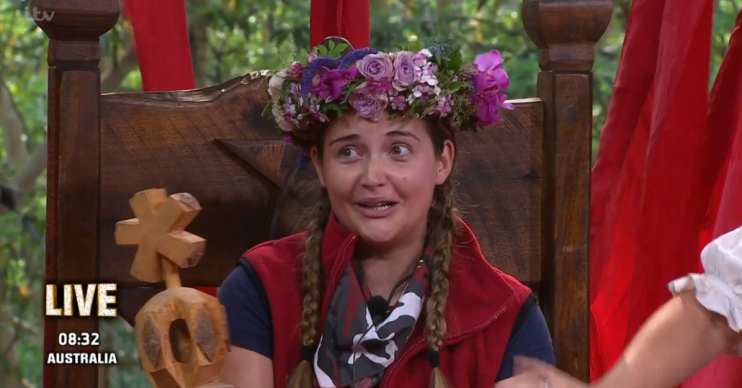 Reports claimed it was 2.5million down on last year

Viewing figures for the final of I’m A Celebrity… Get Me Out Of Here! were reportedly down by well over one million in comparison to last year’s finale.

A Broadcast article claimed that viewing figures for the last episode in the series, which saw former EastEnders actress Jacqueline Jossa crowned Queen of the Jungle, came in at 9.1million.

That figure’s almost 2.5million down on the 11.5million recorded for the 2018 series when football manager Harry Redknapp won, the publication reported.

But a spokesperson for ITV told ED! that the audience figure for the final actually peaked at 10million, putting it roughly 1.5million down on 2018.

Averages for the series as a whole reportedly stood at 9.1million.

They continued: “The final was the second biggest audience this series, beaten only by the launch episode. At its peak, the final was watched by three quarters of young people [75%] with 2.5million seeing the show’s climax, while the average across the programme for the 16-34 age group was 66% and 2.2million.

The final was the second biggest audience this series, beaten only by the launch episode.

“With consolidated viewing that takes in catch up viewing, so far across the series, I’m A Celebrity [saw] an average of 10.7million TV viewers with a 42% share have watched the show.

“An additional 0.5million viewers have been watching on Non TV devices, taking the total average audience up to 11.2million viewers.”

The spokesperson added: “For 16-34s the series averaged 1.8million with a 62% share, making it the most watched series of the year amongst this [demographic].”

The final episode in this year’s I’m A Celebrity made for emotional viewing, as Coronation Street star Andy Whyment grew tearful as he expressed his gratitude for all the support he received.

And when Jac received her laurel crown, she struggled with emotion and pushed through tears to thank friends, family and fans for having her back.

The result left some viewers divided though, with many annoyed that Andy wasn’t crowned the winner.

Others, however, felt Jac was well and truly deserving of the jungle crown – especially since her final Bushtucker Trial was so brutal.

Andy had to eat a handful of horrible dishes, including part of a camel’s hoof and a pig’s testicle, while Roman was buried alive in a box filled with snakes.

But Jacqueline was tied down in a star-shaped container and covered with insects. Later in the trial, she had to endure having hunstman spiders crawling all over her body – and even held one in her mouth for a full minute.

Some felt the challenge was far too harsh, slamming ITV and branding the trial ‘literal torture’.