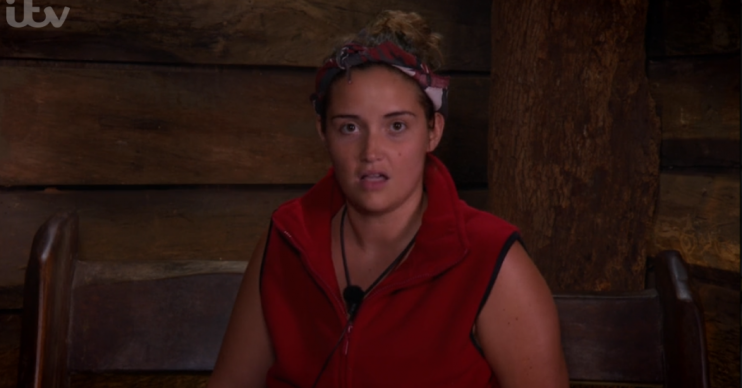 ITV viewers were in a panic on Monday night when they thought jungle favourite Jacqueline Jossa had left I’m A Celebrity… Get Me Out Of Here!

The former EastEnders actress’ husband, Dan Osborne, shared a snap of her with their youngest daughter, one-year-old Mia.

And as Jacqueline was clad in her camp attire, fans were worried it meant she had become the third celebrity booted off the show.

We all miss you @jacjossa 🐊🕷❤️ but you have come this far.. Keep smashing it, win this show then don’t be leaving again yeah.. please lol.. you’re already a winner in our eyes ❤️

However, Dan’s caption made it clear that Jac was still in the jungle – as did the fact that she appeared to be wearing a full face of make-up and the outfit she had on in the early promotional shots.

Dan wrote alongside the pic: “We all miss you @jacjossa but you have come this far…

“Keep smashing it, win this show, then don’t be leaving again yeah… please lol… you’re already a winner in our eyes.”

Thought she was out! My heart went!

In the comments, one relieved fan wrote: “There’s me thinking she’s just came out, nearly died, been voting for her.”

Another said: “I’m a day behind so I thought this was her coming out.”

Someone else commented: “OMG, threw me so much.”

A fourth said: “Jesus, false alarm… thought she was out…”

“Thought she was out!” said a fifth, adding: “My heart went!”

During his exit interview, the Call the Midwife star explained why he slept so often, which was something he’d been mocked for by other campmates.

The actor revealed he has two slipped discs and is taking medication that he’s not used to.

And that also explains why he was ruled out of several trials on medical grounds.

Elsewhere in last night’s episode, Jac and her campmates discussed who they thought was better looking out of the show’s two hosts, Ant McPartlin or Dec Donnelly.

Singer Nadine Coyle, who had just done a trial that saw her covered in gunge and caked in mealworms and other creepies as she looked for stars in a filthy mobile home, said: “[Dec] just seems really cheeky, like there’s something cute and cheeky about him.”

Jacqueline confessed in the Bush Telegraph afterwards: “Ant and Dec, they’re a bit of alright, actually. I think they’re funny, they smell good. And actually, as they get older, they look even better.”