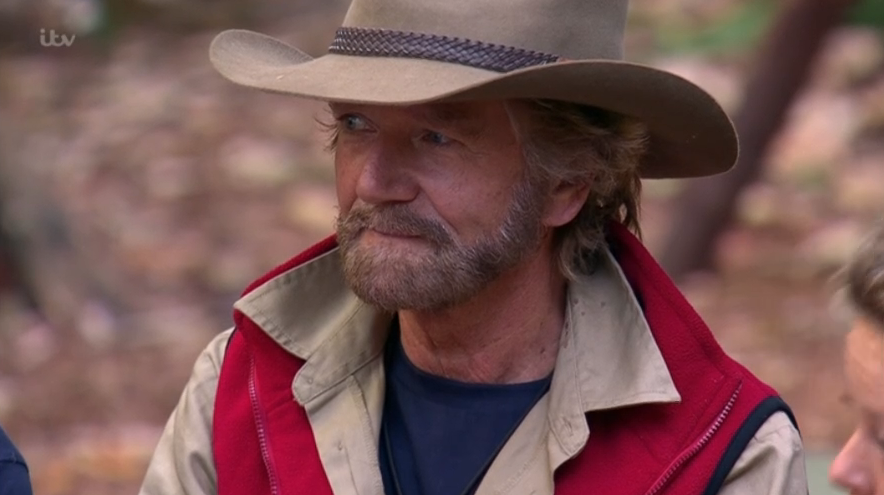 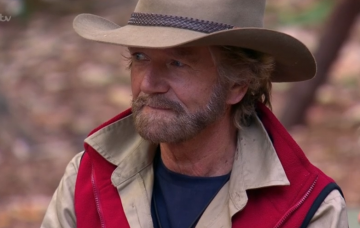 TV star was voted out in shock result on Friday's show

Noel was the first celeb to be voted out of the series on Friday night in a shock elimination.

Despite giving the TV legend a warm send-off, within minutes the remaining campmates were rifling through the belongings he had left behind.

Nick Knowles said: “Where’s the pillow he was using? I’m trying to see if there are any lotions or things that would be good for us.”

Harry Redknapp asked: “Is there a razor in there,” and was promptly given one from Noel’s belongings by John Barrowman

Inbetweeners star Emily Atack clearly wasn’t comfortable with it and said in the bush telegraph: “We were so sad to see Noel go, obviously. His stuff got spread out a little too quickly for my liking.”

Hollyoaks actor Malique Thompson-Dwyer said: “Everyone thought, ‘Ooh! What’s he got for me?’ But I bet he’s at home thinking ‘You cheeky beggars!’.”

Viewers were split between those who saw the funny side that the campmates had taken the Deal or No Deal host’s possessions and others who slammed it as “shameful”.

One tweeted: “Christ would they jump on Noel’s grave like that?”

Christ would they jump on Noel’s grave like that … #imaceleb

Bit shameful how everyone is scrambling to get Noel’s items.

Noel barely left and they robbed his stuff 😂 #ImACeleb

Another posted: “Bit shameful how everyone is scrambling to get Noel’s items. It’s like a new version of Swap shop!”

A third added: “Noel barely left and they robbed his stuff.”

Did you think it was wrong of the celebs to take Noel’s stuff? Leave us a comment on our Facebook page @EntertainmentDailyFix and let us know what you think!