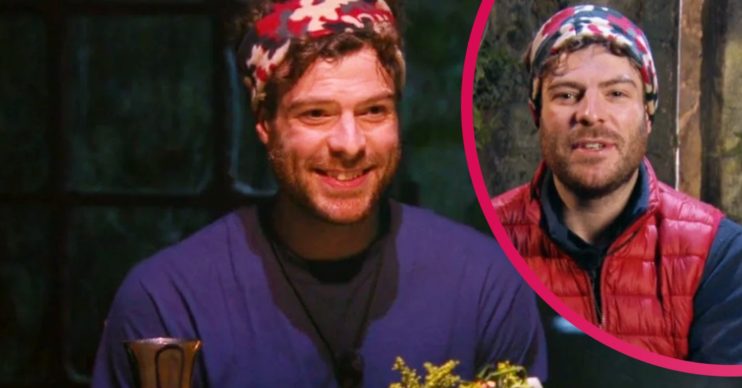 I’m A Celeb 2020 runner-up Jordan North has admitted to Greg James that he almost missed out on appearing on this year’s show altogether.

Radio 1 DJ Jordan became one of the most popular stars on this year’s series, and ended up placing second overall.

The 30 year old has revealed that he was actually a last-minute replacement and wasn’t meant to originally be a part of the series.

He told Greg James on Monday (December 7): “I was last minute. I got a call to say: ‘Maybe next year not this year.’

“Then I got a call two weeks later saying: ‘Do you wanna do it? Someone’s dropped out.’

“Then I had two days to do everything: medical, photos, psychiatrists et cetera. I had 48 hours. It very nearly never happened,” he added.

He went on to reveal that it was the toughest few weeks of his life.

I was last minute. I got a call to say: ‘Maybe next year not this year.’

“We were freezing, we were starving. I thought the hunger would get better but it got worse. You’re just waiting around.

“In the jungle you could sunbathe but you can’t in Wales. We were so bored!”

Jordan North hits back at his critics

The star faced some gruesome challenges during his time on the show. However, not everyone was convinced that he was as terrified as he seemed.

The star told The Sun on Sunday: “I’ve heard a couple people saying: ‘Was he playing up to it? Was he faking it?’ I mean, how can you fake being sick?

“If you see me in that viper one, I was physically shaking beforehand. You could see me sweating. I was that scared.

“Genuinely, what you see is what you get. There was no playing up to cameras, I was totally myself, all of my family and friends have said that as well.”

What did Jordan say about coming second?

During his exit interview, Jordan said he faced all his fears while in camp.

He said: “Stupidly I thought I could get away with avoiding doing any trials and at best, come out midway.

“I spewed on a cliff and I thought I could maybe cope with bugs, I could possibly do the eating ones.

Did you enjoy I’m A Celeb this year? Leave us a comment on our Facebook page @EntertainmentDailyFix and let us know.