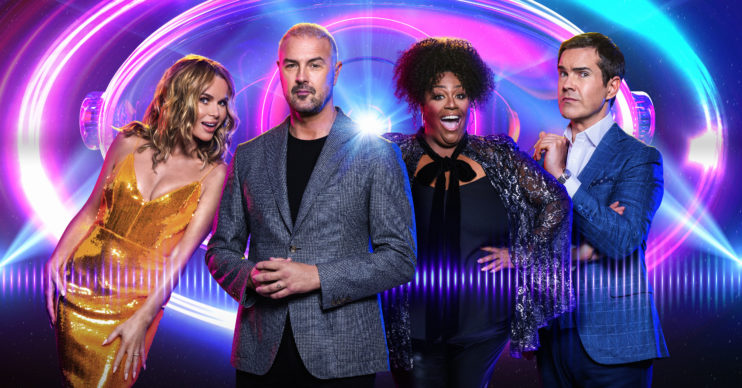 I Can See Your Voice series 2 confirmed by BBC One

Paddy McGuinness and co will return

I Can See Your Voice only launched on BBC One last month – and it is has already been green-lit for a second series!

The gameshow earned a healthy average of 3.8 million viewers for its first series consisting of six episodes.

Kate Phillips, Controller Entertainment Commissioning for the BBC, said: “We are so pleased that I Can See Your Voice will be returning.

“I know viewers have really enjoyed playing along with our very funny, frank panel, as we all hold our breaths for those memorable moments when a great or gruesome singer starts belting out a banger.”

“It’s incredible to see how viewers have embraced the format which has seen some unique and notable performances.”

When is I Can See Your Voice Series Two on?

A launch date for I Can See Your Voice Series Two hasn’t been confirmed yet.

Is I Can See Your Voice a Korean show?

Yes, I Can See Your Voice originated in South Korea.

Their first series launched in 2015 and has since spawned an international franchise.

In addition to the UK series, there are also Canadian, Mexican, Malaysian and Russian versions – among others.

How does I Can See Your Voice work?

I Can See Your Voice works by contestants having to guess who they believe is a good singer.

However, they don’t get to hear the contestants sing.

Instead they must use their intuition to weed out the good from the bad singers.

If they guess correctly – they will win a cash prize. If the last mystery singer turns out to be a good singer, the contestants wins £10,000.

They are given help from a team of celebrity judges.

Who hosts I Can See Your Voice UK?

Paddy McGuinness hosts I Can See Your Voice UK.

He’s previously said he wasn’t sure if the show would be a hit – but somehow it just works.

The comedian said: “On paper, I thought, ‘Is this going to work?’ But it works beautifully.

“I looked forward to being on the studio floor and seeing the relationship between those three develop, and I loved it when they started arguing amongst each other.”

Who are the celebrity judges?

Amanda has said of the show: “It kind of goes against everything we as a society have been taught, which is, ‘Try not to judge anything by its appearance.’

“But that’s exactly what we’re doing, because it’s all we’ve got.”

A source told the Mail Online that they believe Alison and Amanda’s on-screen chemistry and banter is a driving force for the success of the show.

The source said: “Amanda and Alison’s genuine on-air chemistry has proved to be a ratings winner with the [latest episode] peaking at 5.1 million. It’s a runaway success!”