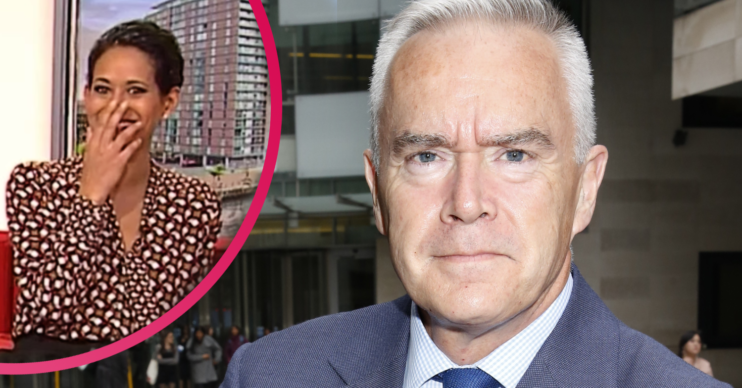 BBC newsreader Huw Edwards has claimed he was “ordered” to delete a tweet containing the Welsh flag that he posted following controversy on BBC Breakfast earlier this week.

The 58 year old didn’t reveal who had ordered him to delete the tweet.

So what was in the original flag tweet from Huw?

In the deleted tweet, Huw is said to have posted an image of his face superimposed onto the Welsh flag.

He wrote: “Flags are now mandatory – very pleased with my backdrop @BBCNews at Ten.”

Gutted. My pro-flag tweet has been cut down in its prime. By order.

The reference to the flag row comes after Charlie and Naga caused controversy during their interview with Robert Jenrick on BBC Breakfast.

At the end of the interview, Charlie made reference to the size of the flag in Jenrick’s office.

This comment drew widespread criticism from viewers, who accused both hosts of mocking the Union Jack.

Gutted. My pro-flag 🏴󠁧󠁢󠁷󠁬󠁳󠁿 tweet has been cut down in its prime. By order. But it will be back tomorrow 🏉 — by popular demand. 🏴󠁧󠁢󠁷󠁬󠁳󠁿 Meanwhile enjoy this magnificent flag — one of my favourites. 😇 #SixNationsRugby #FRAvWAL pic.twitter.com/f1RY9xIvNJ

After he deleted his original tweet, Huw then posted a new comment accompanied by a flag of the BBC.

Subsequently, he said: “Gutted. My pro-flag tweet has been cut down in its prime. By order.

“But it will be back tomorrow – by popular demand,” he said, in reference to the Welsh Six Nations game taking place today.

“Meanwhile enjoy this magnificent flag – one of my favourites,” Huw said.

So why did BBC Breakfast star Naga apologise?

After the row, Naga was forced to apologise after liking tweets about the incident

“I ‘liked’ tweets today that were offensive in nature about the use of the British flag as a backdrop in a government interview this morning,” she wrote on Twitter.

Read more: MPs demand Charlie Stayt and Naga Munchetty are ‘reprimanded’ for being ‘disrespectful to our Queen’

“I have since removed these ‘likes’. This [does] not represent the views of me or the BBC.”

She subsequently added: “I apologise for any offence taken. Naga.”