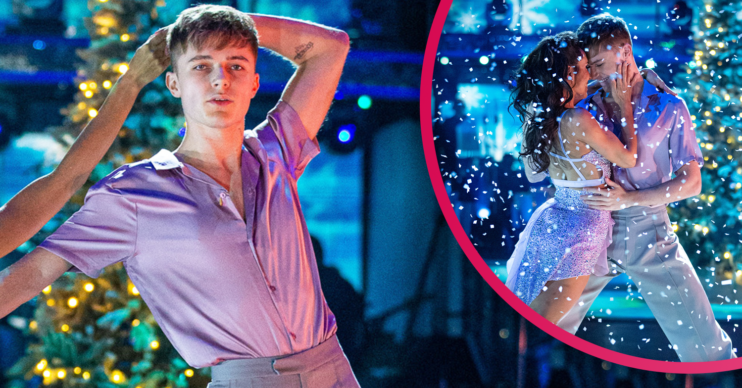 HRVY and Janette: Viewers slam BBC for ‘setting them up to fail’ with rhumba

The dance earned them just 23 points

HRVY and Janette have been “stitched up” by the BBC, Strictly Come Dancing fans have claimed.

They danced the Charleston to Another Day Of Sun and the only rhumba of the series to Only You.

The latter is a particularly hard dance for the male celebrity to master – and it’s that which has the viewers up in arms.

What did viewers say about the dances HRVY and Janette performed?

After seeing what HRVY and Janette would be dancing, one viewer commented: “Deffo tried to stitch HRVY up with the dances they’ve given him this week.”

He scored a total of just 23 for his rhumba.

However, his Charleston was deemed perfect by the judges, with all three giving him a perfect 10.

But the scores did little to cheer the viewers.

“Have to agree. Looks like the BBC set HRVY up to fail,” another commented.

It’s well-known fact that it’s the hardest dance as a male. They certainly shouldn’t be bottom. Very, very suspicious programming.

A third asked: “Someone from the show is definitely reading stuff and are they being harsh on HRVY to dispel any recent feelings that he was getting preferential treatment compared to some of the others?”

Another said it was “disgusting” that HRVY and Janette are the only couple to dance the rhumba this series.

“It’s well-known fact that it’s the hardest dance as a male. They certainly shouldn’t be bottom. Very, very suspicious programming,” another commented.

Viewers will have to wait until tonight to see if HRVY makes it through to the show’s final.

However, it’s been reported today that the singer has, in fact, overtaken Bill Bailey as favourite to win the BBC One dance show.

Made In Chelsea star Jamie Laing is favourite to be booted out of the show tonight.

The Strictly Come Dancing results show airs tonight on BBC One at 7.30pm.

Head to our Facebook page @EntertainmentDailyFix and tell us what you thought of last night’s show.