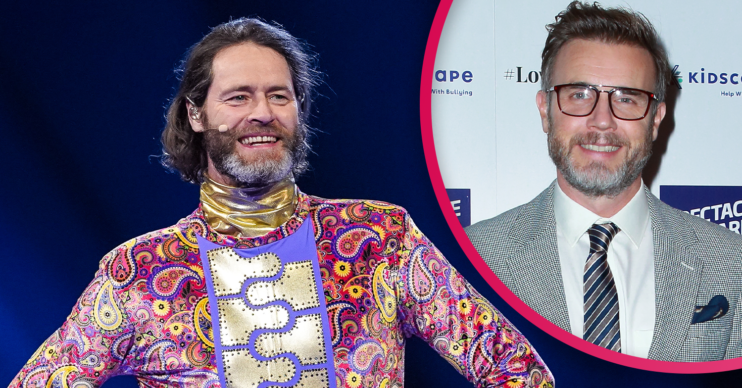 Howard Donald on The Masked Dancer: Fans say he was robbed and Gary Barlow agrees

Howard Donald was unmasked as Zip on The Masked Dancer last night (June 5).

His unmasking came as no surprise to die-hard Take That fans, who took to Twitter to say there was no fooling them.

However, what they and his bandmate Gary Barlow were shocked about was the fact that Howard didn’t win.

In fact, many took to social media to declare that Howard was “robbed” of the winner’s trophy.

So what happened with Howard Donald on The Masked Dancer?

Howard finished up in third place on The Masked Dancer last night – behind Carwash and Squirrel.

Read more: Holly Willoughby left red-faced over her outfit on The Masked Dancer

Howard caught the eye of the ladies on the panel during a rather risqué performance though.

How the bloody hell has Howard not won?!

Holly Willoughby and Oti Mabuse were seen swooning as Zip performed a hip-thrusting dance move in their direction.

However, it wasn’t enough for him to win the show.

What did Take That fans say about Howard finishing third?

Fans of the Take That star said Howard was “robbed”.

“How the bloody hell has Howard not won?!” said one.

“So proud of you Howard! You were incredible! Personally think you should have won it,” said another.

“Howard was robbed!” declared a third.

And that seemed to be a sentiment his bandmate Gary Barlow shared.

So what did Gary Barlow say about the result?

Gary posted a couple of tweets last night in support of Howard.

After he was unmasked, Gary declared: “@HowardDonald sorry should have won.”

He added: “Awesome mate @HowardDonald and loved the show.”

Responding to his first tweet, many of Gary’s followers revealed they agreed with him.

“Definitely should have won,” declared one Take That fan.

“You definitely should have won Howard but you were amazing. 3rd place is brilliant,” said another.

“He’s definitely our winner!” another declared.

“Oh yes Howard should have definitely won…he was brilliant,” another confirmed.

So do you think the right person won? Tell us on our Facebook page @EntertainmentDailyFix.